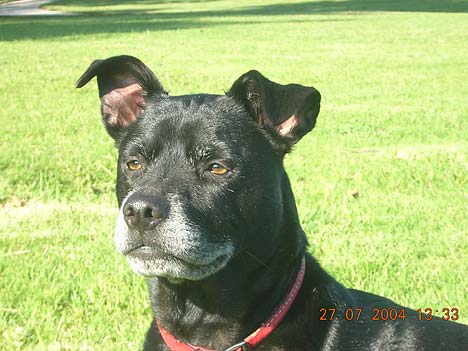 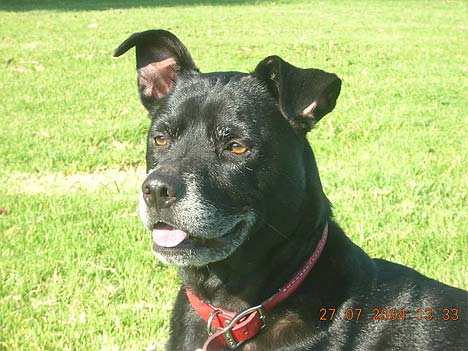 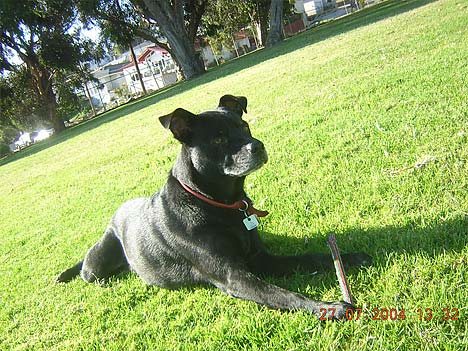 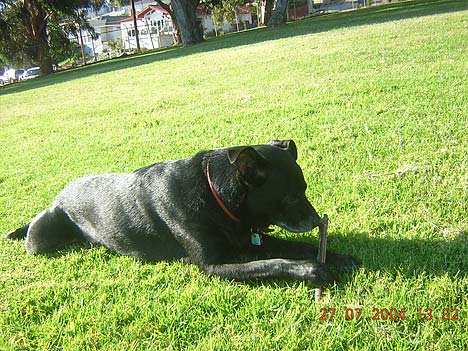 I just stumbled across an old folder of forgotten pics from 2004. Doesn’t sound like that long ago, but it really was a lifetime. Since 2004, we adopted this little monster, who’s changed the whole dynamic in our world.

It’s almost as if I’ve forgotten what it’s like when it was just Kona and me. They say a picture’s worth a thousand words, and what did it for me in these photos is the drumstick. It yanked me back in time for a moment, screaming into my face, reminding me how fast the last two or three years have flown by.

As Kony’s been slowing down (she’s pushing nine years now), Vive’s taken over the chore of chasing whatever it is I throw. In his case, it’s been the tennis ball slung with the best invention known to dog and man, the Chuck-It. It’s our tool.

Every few months we’ll go hit the tennis club and collect dozens and dozens of stray balls in the bushes, filling a couple large bags. I keep them in the truck. Our routine is to hit one of our favorite leash-less open-spaces a couple times a day. I’ll grab the Chuck-It and about three balls, and we’re rolling. The little man’s a nut though, and goes ballistic unless I let him carry one of the balls from the truck to the park.

While Vive happily chases as many balls my arm could possibly sling, Kona, being the elderly lady that she is, wanders off and does what she does while the boys play ball.

Back to the drumstick.

Kona, for some reason, even as a puppy, never really liked chasing the tennis ball. She was always about the stick. Anything that was wood, something she could really sink her teeth into, was what she wanted. A real earthy pup, that girl. For years, I kept lots of broken wooden drumsticks — otherwise trash — in the car. When she and I would hit the park, I’d grab a stick and we’d play fetch for hours. One of those drumsticks is seen here. Deja vu for me.

For the record, Kona’s favorite outdoor pastime is go to the beach. I’ll find large branch, which I’ll throw into the ocean with both arms. She’ll brave the incoming surf to go retrieve it, over and over and over again. I’ve got tons of pics and clips of these activities laying around that I should round up some day.

Speaking of the ocean, Vivor’s turned out to be a little chicken. Completely unlike Kona (who could be half-seal), Vive’s scared of the water, perhaps because he’s got some aquaphobic German Shepherd blood. But he’s gradually getting a little more brave with the concept, occasionally sticking a paw or two in without being forced. We’ll see how he does this summer. If we’re lucky, maybe he’ll let me give him a bath without either of us getting injured. 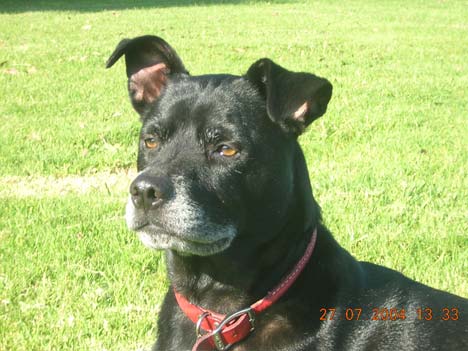 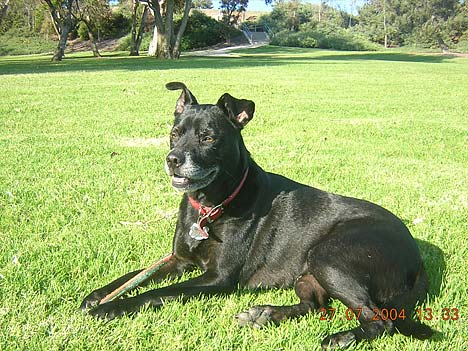 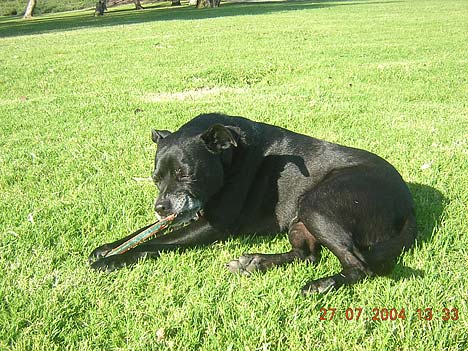 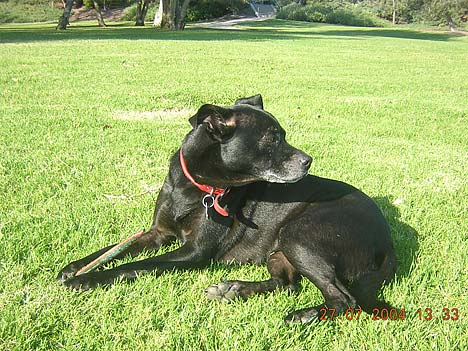 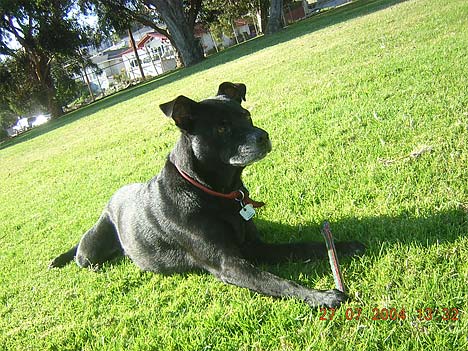 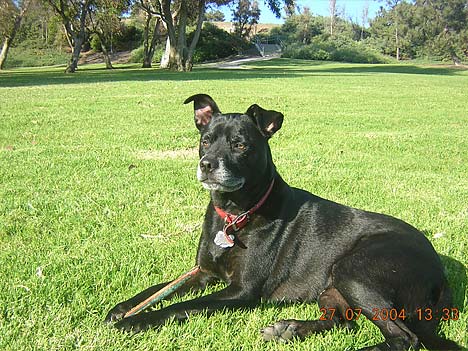 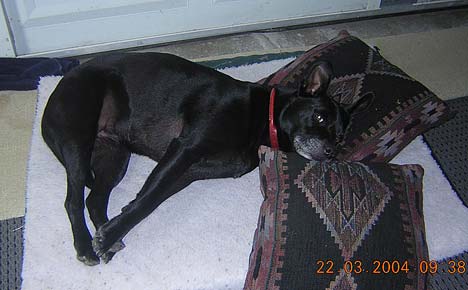