About three months ago a 20-pound female terrier mix, horribly neglected and left for dead, was brought in to the vet. She was pregnant. The father is unkown.

She died right after giving birth to 12 pups. 11 of them died. Only one survived.

Meet our sole survivor. Vivor, as we call him. Vive: 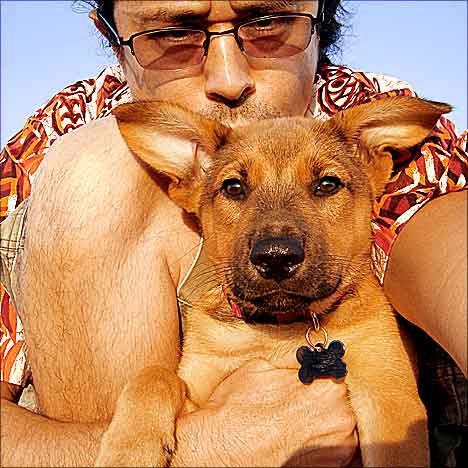 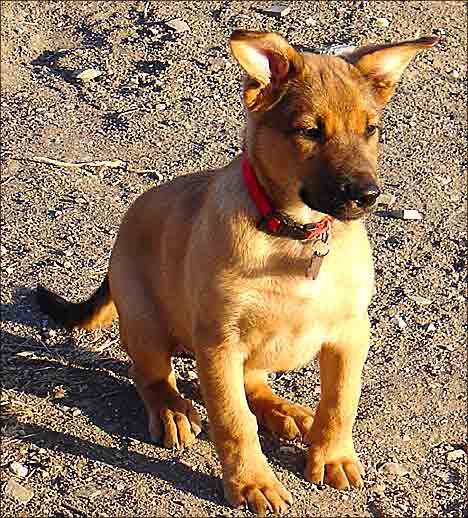 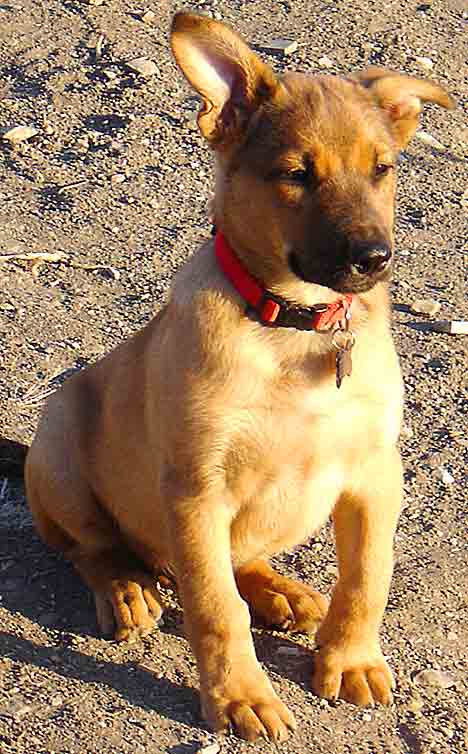 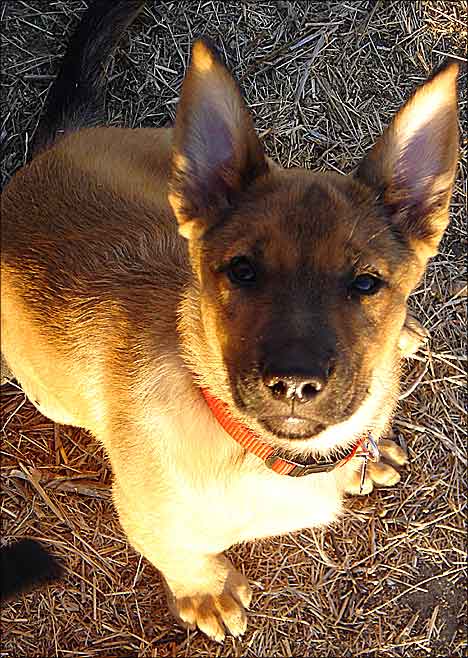 We know the mother’s a terrier mutt; we’re guessing the father must’ve had anything from Shepherd to Boxer to Kangaroo to Chow to Mountain Lion to Basset, and likely lots more. Little Vivor has everything under the sun. A real cosmo, this guy. With big feet. 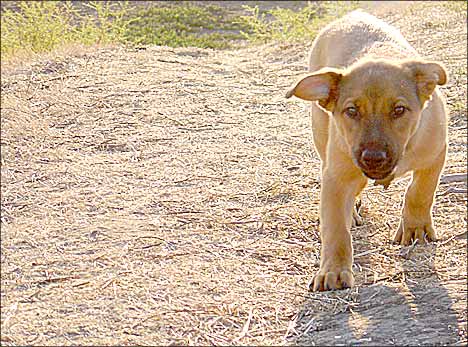 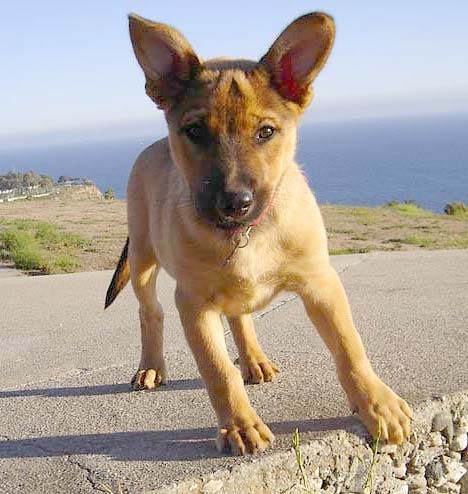 Kona seems more than happy to show her new little bro around the digs. He’s following her around quite literally in her shadow, learning the ropes. Speaking of shadows, I just noticed the interesting geometric angles the long shadows are casting over the adjacent cement planes of this Angel’s Gate bunker. Nice: 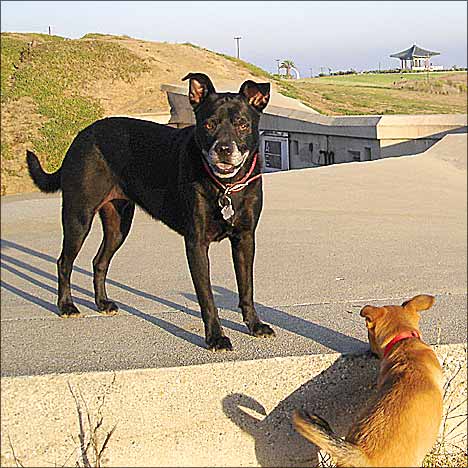 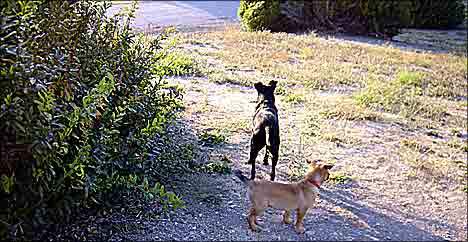 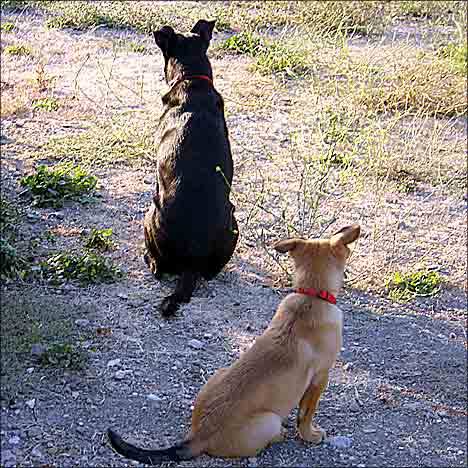 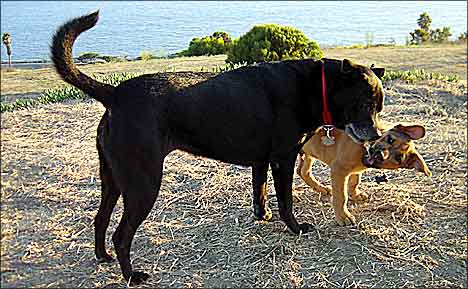 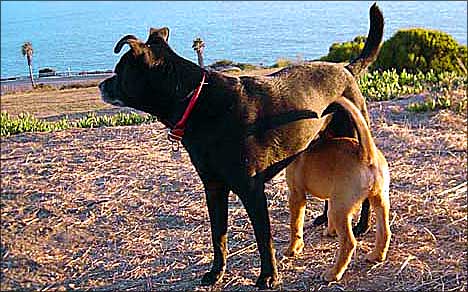 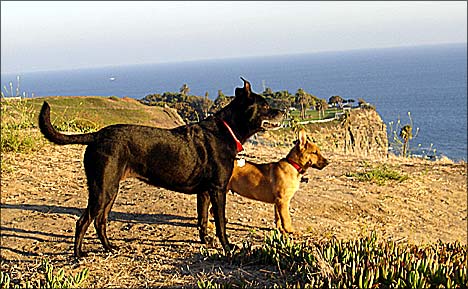 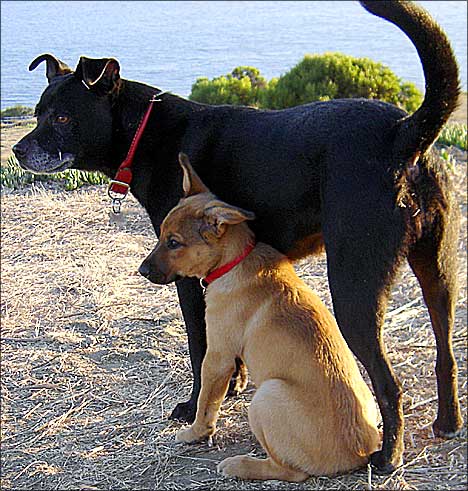 Arguably the best photo of the day; a great action shot. Kona has just done her deal, and, as usual, responsibly buries the business with dirt and grass using her hind paws. Vive was a little too curious at the wrong time. Check out the extension of that left leg:

He isn’t quite catching on. Again:

Vive calling shotgun in the MINI on the way home from his first visit to the park: 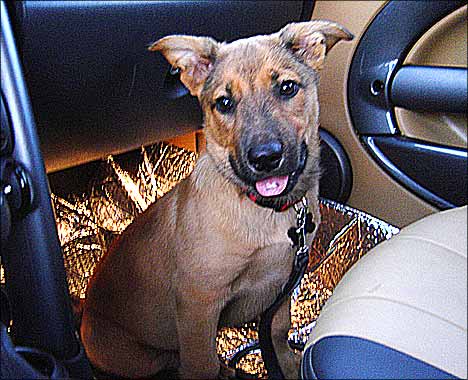 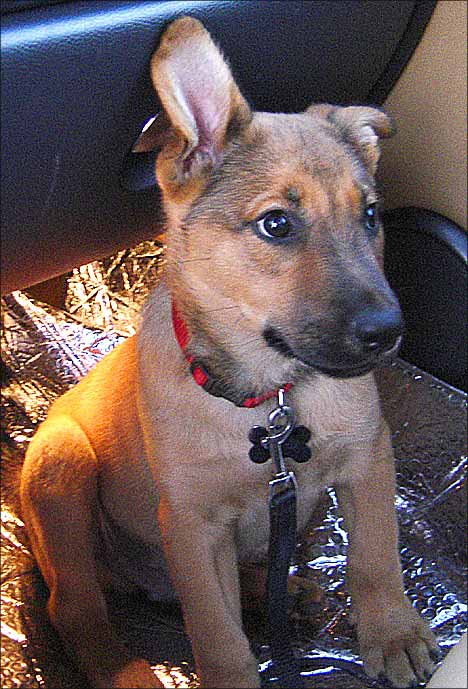 To see Vive’s baby photos, including his flyer:

To see the rest of the photos from Vive’s first two days @ Angel’s Gate: