Notes from a 1997 meeting with Exodus.net to talk about this new little thing called the Internet

Working as a graphic designer for print back in 1997, I eventually hooked up with a guy at an ISP called Exodus down in Irvine. I guy named Glenn whiteboarded the existing infrastructure of the Internet in the continental United States, mapping out the IXPs and NAPs. I jotted a few things down. 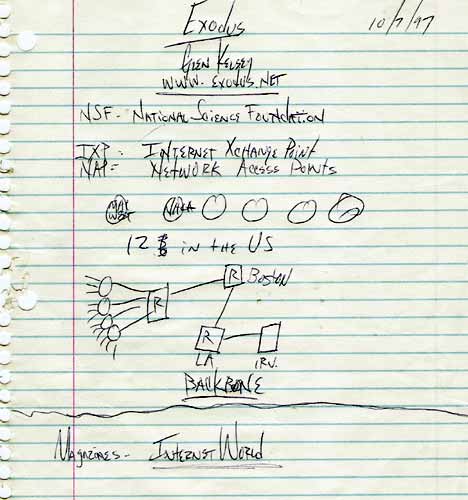 Previous post: My rent check from the Fall of 1987