The Black Pearl was hanging around these parts for the last few weeks of the summer. They’ve been filming Pirates of the Caribbean III.

Kona and Vive got a few good looks at it at various locations along the peninsula. The first time was at Cabrillo Beach, where it was docked.

We’ve recently been getting our walks in during the early mornings, and on a few occasions we’ve seen the Black Pear out at sea and in action. Sails up, cannons going off, the whole thing. In the dawn mist on the glassy ocean, it looks just like the ride. Bad ass.

One late morning we caught it at Point Vicente on the Palos Verdes Peninsula. I happened to have my camera on me. I regret being cameraless on another occasion near White Point, when the orange cannon fire against the ocean mist was a sight to behold. Bummer. I guess you’ll have to see the flick. 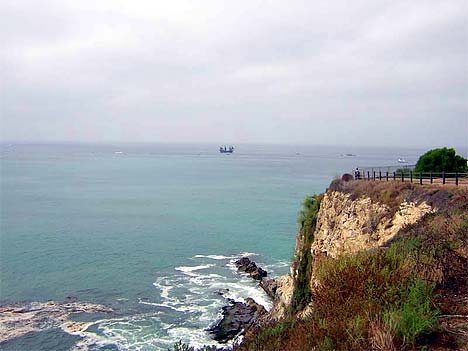 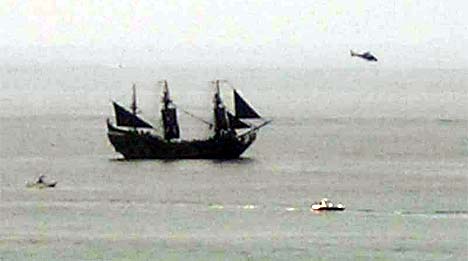 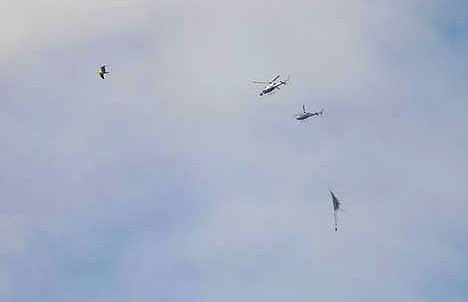 ↑ Not exactly sure what it was, but a prop was being lifted out to sea and lowered down to the ship by helicopter. From left to right: A bird, Helicopter-A, Helicopter-B, and some sort of prop hanging by a cable from Helicopter-B.