A friend of mine was in New York City on 9/11 this year, and went out on the Hudson River with camera in hand. Below are the pics, along with the photographer’s notes. 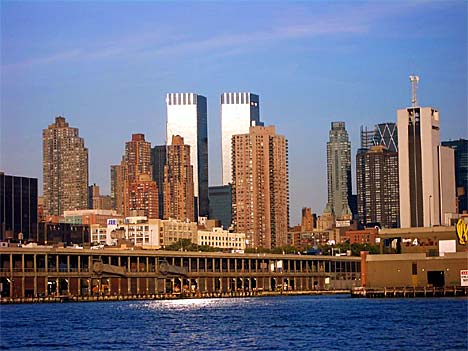 ↑ The new twin towers of the Time Warner Center up in Columbus Circle. 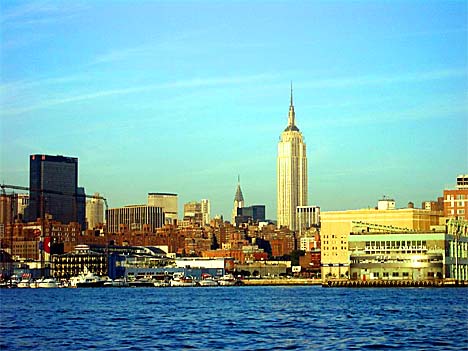 ↑ Looking roughly northeast towards the Empire State building, with the Chrysler building just poking up to the left. 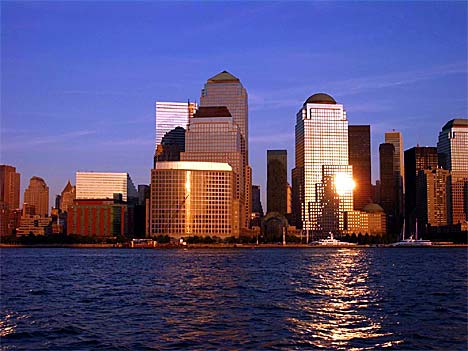 ↑ The World Trade Center area and the World Financial Center buildings. The WTC towers used to be right there in the middle. 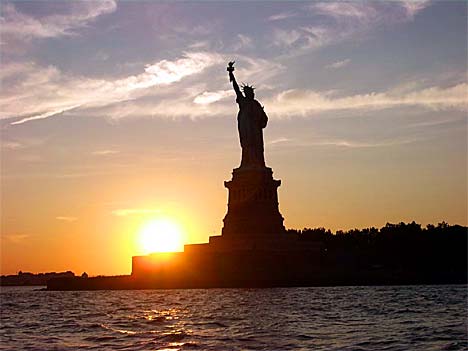 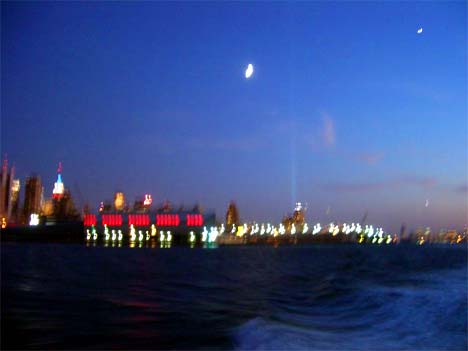 ↑ They relit the twin light beams for the anniversary, just visible next to the moon on the blurry long exposure. The boat made it difficult to hold the camera steady. We’re back up the river, looking south down towards the tip of Manhattan. The red, white, and blue lighted object to the left is the Empire State building.