There it is. 3033 Oahu Avenue, Honolulu Hawaii, up in Manoa Valley. This is the house my young parents lived when I was born. The place has a new roof and has appreciated in value by nearly 4000% since ’69, but for the most part, it hasn’t changed much.

The camera is facing east: 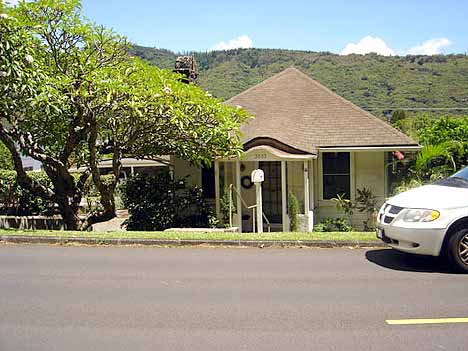 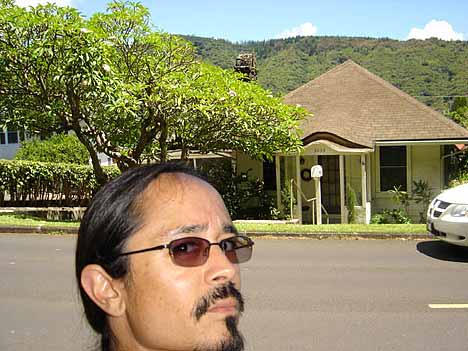 Below is a downward view of Manoa Valley from Tantalus, a mountain nearby. Manoa crawls north into the valley; the actual area of our house is further left than what’s visible here. Again, the camera is pointing approximately east:

For perspective, below is a shot from the same Tantalus location, with the camera rotated about 45 degrees clockwise, pointing south-southeast. That’s the outer edge of Waikiki and Diamond Head in the background. Also, to the left of the photo over my right shoulder, notice the left-most isolated tall building. That’s the Kahala Hilton, the hotel my Auntie Joni danced for many years in Danny Kaleikini’s show, and also served as the location of Grampa’s 60th birthday bash in 1976: 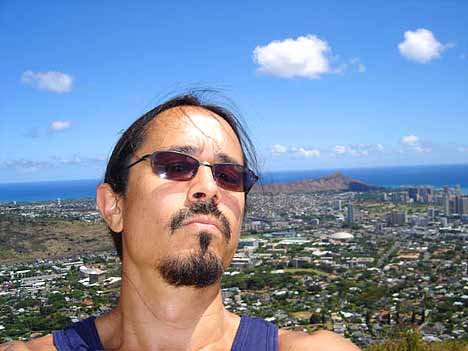 OK, one more angle for perspective. We’re standing at the same location atop Tantalus, but the camera is now facing west. To the left of my right ear halfway into the background, you can see the memorial cemetery (partly covered in a cloud’s shadow), which is located at the top of Punchbowl (not far from Grampa and Gramma’s house). The last group of tall buildings behind Punchbowl is downtown Honolulu. Beyond that is the airport. You can see the isolated landing strip out on the water, which is the precise location every airborne Hawaii visitor first touched the Hawaiian soil prior to the outer-island-direct flights which have only been available in recent years: 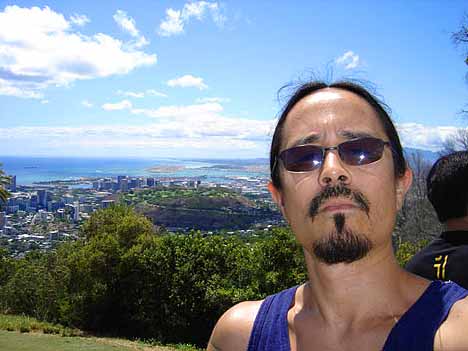 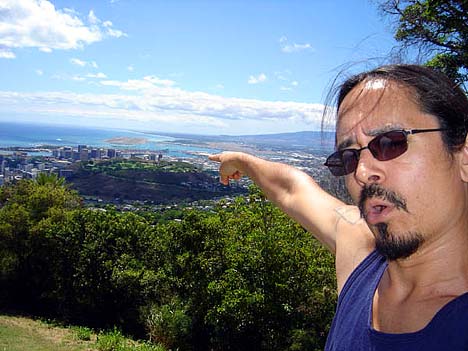