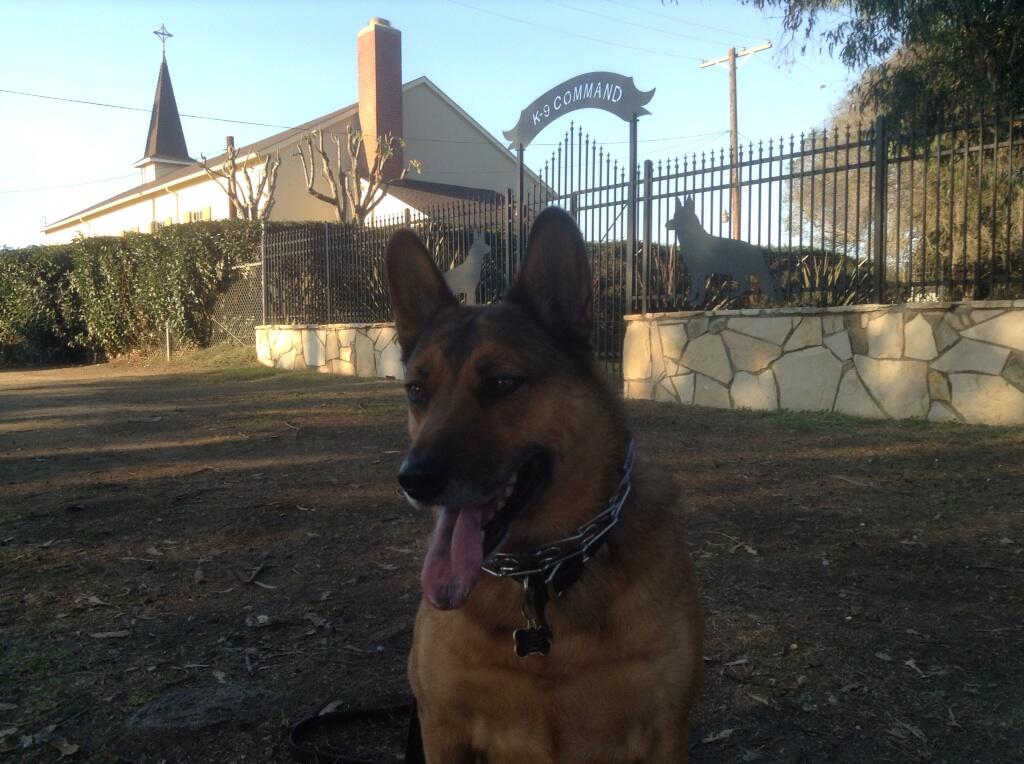 We live just a few blocks from Fort MacArthur here in the port town of San Pedro near the Los Angeles Harbor. Fort Mac slash Angels Gate is one of our favorite spots in the rotation for morning strolls and evening prowls.

The fort has a rich history. Along with other military uses, it was the site of the K-9 Command Unit, an elite program in the United States Army that trained dogs for war and prepared them for combat. The first dogs ever to give their lives in the name of freedom are buried here; the oldest dogs date back to World War II, the last of them served in Vietnam. Lots of ghosts frolicking around these parts.

Last night, May 13th, during the hour before sunset, we were walking the grounds with the place to ourselves. Just another night. I broke out the phone and rolled an impromptu video tour and intro of the K-9 Command Cemetery, since it’s where my head’s been all week as part of a piece of fiction I’m revisiting this year:

Twenty-four hours later, May 14th. We went back to the K9-Command Cemetery, as we do a couple times a week, and noticed that the name plaques we’d seen earlier — which were engraved pieces of metal applied to the original headstones with an adhesive — were gone. Old Lance, Baron, Peter, Jack, Winner, etc., ROBBED. All their name plates had been pried off. I initially hoped the groundskeepers had removed them to make some factual changes to the names and dates, but also suspected in the back of my mind that they may have been stolen in the last twenty-four hours.

An hour or so later, while I was hanging out with the dogs behind the closed cemetery gate watching the dusk go black, I was approached by two young men in WWII uniforms from the other side of the gate. Both guys informed me that they were volunteers for the fort, and they were closing up. Not realizing that this is our backyard, they were doing their best to kick us out.

I immediately asked them about the missing plaques. It was news to them, and our semi-edgy conversation immediately turned to a shared concern. One of them ran and got the manager in the battery office while I waited with the dogs and talked with the other uniformed man.

Management came out to the cemetery and took a quick inventory. Sad. The plaques were in fact ripped off, and I was the first to notice. They had either been stolen today or last night, just hours after the video jam above. I’m now the official reporter of the incident.

Below is the end of the conversation I had in the dark cemetery with the management and the uniformed volunteers. It’s a real shame. Next weekend Fort Mac had planned to do a formal dedication of the newly restored K-9 Command Cemetery, with a ceremony and everything.

The cemetery had been vandalized in the seventies, and the whole point of this 2009 restoration was to undo that and move forward, keeping the memories of the dogs alive for future generations. Now, just days before ceremony of the restoration, it seems we’ve gone back thirty-five years.

But we will keep going.

If anybody out there knows anything about the waste of sperm and eggs that did this, please call the LAPD and the Fort MacArthur personnel.

(After you break their fingers, of course. Tell them Pete sent you.)