Purple haze and smoke on the water

A couple shots from this evening at our upper White Point. Not much of a sunset, with a scene that looks pretty uneventful. In reality, that couldn’t be further from the truth. Southern California is getting its tits lit right now, with the governator declaring a state of emergency. From Santa Barbara to San Diego, hundreds of thousands of people have been evacuated from their homes. It’s the winds that kill us. With the Santa Ana wind conditions and temperatures in the nineties tomorrow, they’re predicting we’re in for the worst day in the most serious wildfire situation Southern California has seen in recent history. Yuck.

Here’s what it looks like in our backyard right now in San Pedro, where the 110 freeway hits the Pacific Ocean. Eyes are burning, nasal passages are dry, and the smoke is heavy. Let’s hope it doesn’t get worse than that.

↓ The sun setting behind the haze. Camera facing west-southwest. 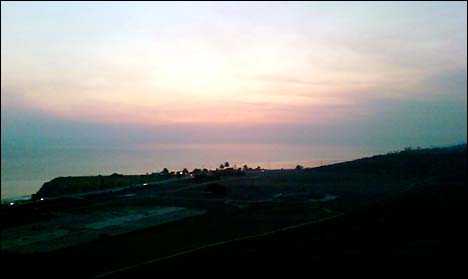 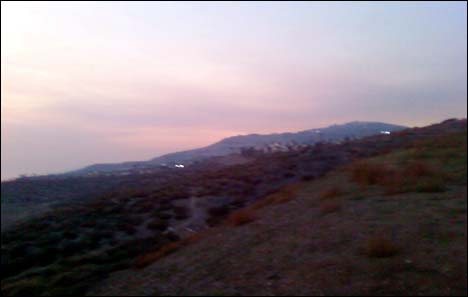 Here in Los Angeles, we’ve got our own areas that we’re keeping an eye on. Malibu’s already been slammed hard. The Valley always gets in on the game. The Palos Verdes Peninsula here in the South Bay has been hit with fires before, and our canyons are prime candidates for trouble. So there’s that feeling of the calm before the storm. Los Angeles County Fire Department is keeping our guys around town in case of a situation, with the Nevada and Arizona fire departments supplying the much needed support to the exhausted crews in Orange County and San Diego down south. Those areas are getting hit particularly hard as I write this at 8:15pm on this otherwise bland Monday evening.

Next post: Map showing the scope of the San Diego County fires