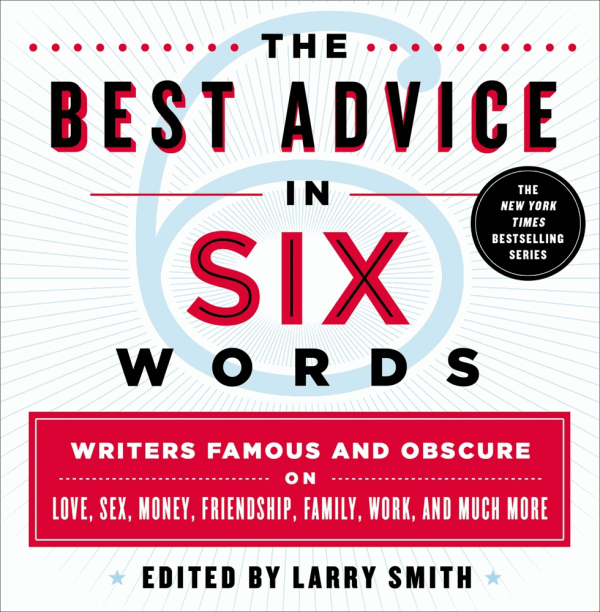 I’m featured in the next volume of the bestselling Six-Word Memoirs series, due out November 3, 2015. This one’s entitled The Best Advice in Six Words: Writers Famous and Obscure on Love, Sex, Money, Friendship, Family, Work, and Much More. I’m especially proud to finally be in a book with an Oxford comma in the title. Hardcover, no less.

The opportunity to be in the the first 2008 book, along with its 2009 sequel, has been amaaaaaaaaazing. Everything seemed to be happening at the same time back then, with Twitter, Facebook, and the rest of the “Web 2.0” thingies that became social media. I made a bunch of friends that I’ll have forever, and this 2015 installment puts another branch on the Six-Word family tree. (It could also be argued that I never would’ve met M if this hadn’t all happened, but that’s another story that exceeds six words.)

Here’s where you can find the new book on November 3:

Here’s where you can connect with other sixers on social media:

In the spirit of Throwback Thursday, here are a couple videos that date back to 2008. The first has editors Larry and Rachel talking about the book in the halls of Google. If you sit through it, you’ll literally hear my name uttered. UTTERED IN THE HALLS OF GOOGLE.

And then there’s the 2008 book launch in New York:

My six words on advice? Guess.