From about 1986, four of the five Radiohead members back when they were called On a Friday. From left to right: (a smiling) Thom Yorke, Phil Selway, Ed O’Brien, and Colin Greenwood. I especially love the subtext behind the not one, but two Iron Maiden posters on the wall. \m/ 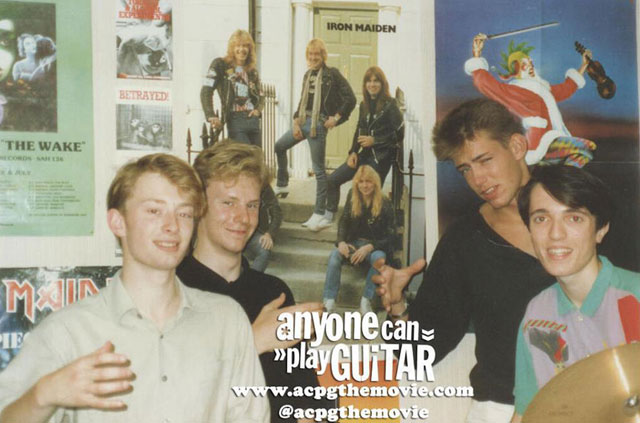