With a couple of the Ghost Adventures dudes

And now for the most random moment of the year so far.

This morning I was sitting at the computer doing some work when M yells out from the other room, “Oh my god! Aaron’s across the street! Right now!”

“Aaron! From Ghost Adventures! He’s at the BLVD! Right this second!”

The BLVD Hotel is down around the corner on Highland, just yards away from our house here in Hollywood. A quick look at Aaron Goodwin’s Facebook fan page indicated it was true. As one of the world’s biggest fans of the Travel Channel’s Ghost Adventures show, M had caught Aaron’s photo on her live FB feed.

I threw on some shoes, grabbed my keys and an Under Angels wifebeater in Aaron’s size, and headed out the door. 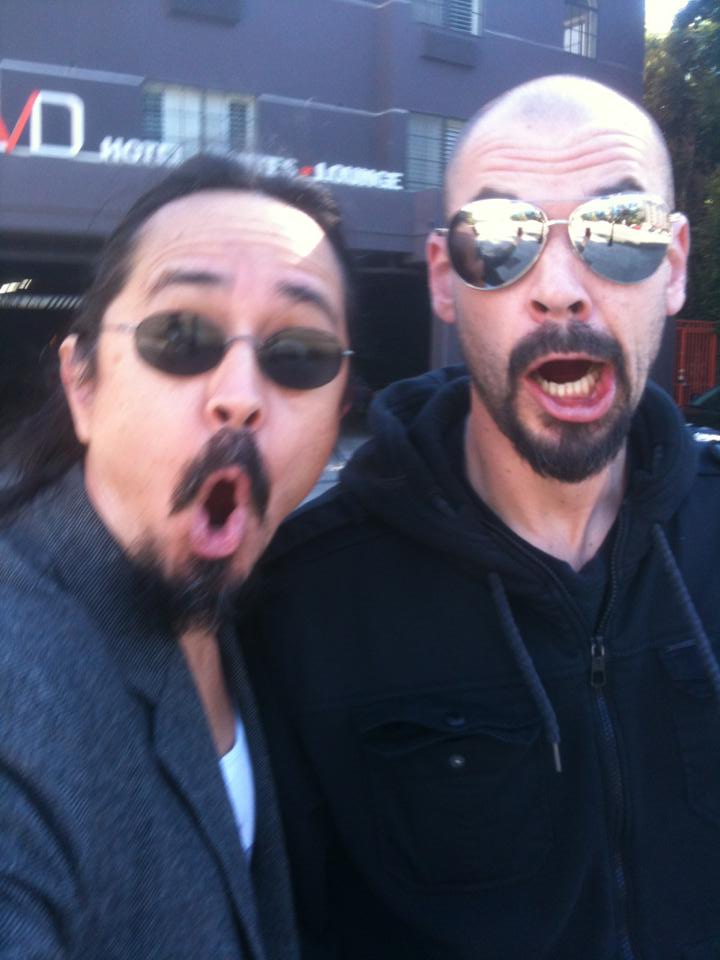 Supercool dude. Everything you’d expect. We rapped out for about 15 minutes, talking about Ghost Adventures, Under Angels, and other paranormal topics. He pointed out that he loves coming to Hollywood to hang out during his downtime, calling it the most haunted place in the world. Spends hours walking the boulevard alone, soaking it all in.

I fired off a few questions about the show. Here are a few of them, along with his (not-word-for-word) answers:

AG: They sound like they’re in the other room at first, then it’s like they zoom right at your head and disappear out the other side. Hard to explain.

Q: What was the scariest moment you’ve had on the show?

AG: The voodoo one we did where I was holding a human skull on my chest. Did you see it? Crazy shit, bro. Something came out of me. I felt all my energy drain. Thought I was gonna die.

Q: Where’s the most haunted place you’ve been?

AG: (pointing to our surroundings there on Highland) This place, Hollywood, is the most haunted place in the world. I walk Hollywood Boulevard for hours with my phone, just tripping out. This city has something about it, like Vegas, where so many people have flocked to over the years out of desperation and pain. It’s been the end of the road for so many people, and you can feel it. Potent energy. I also like going to Disneyland. Not the rides. Just walking around. Tons of history and energy.

Q: Have there been any lockdowns that turn out to be uneventful, or is there always something?

AG: There was the lighthouse one, which was pretty chill. Nothing much happened. But for the most part, when we walk into a place, we bring it with us. It’s like we’re followed by dogs. I’ve got three spirits that are with me everywhere, no matter where I go. When we get to a location, it’s as if there’s a spiritual jealousy that goes on, and the stuff starts happening around us. The spirits start fighting it out amongst each other.

Q: So you take the stuff home with you?

AG: Oh yeah. It’s the worst at my house. I’ve been pulled out of bed. I’ve got stuff coming out of the ceiling. I have recurring nightmares.

When his ride pulled up, I was stoked to see fellow paranormal investigator Nick Groff in the passenger seat. Just off the plane from Boston. Aaron introduced us. 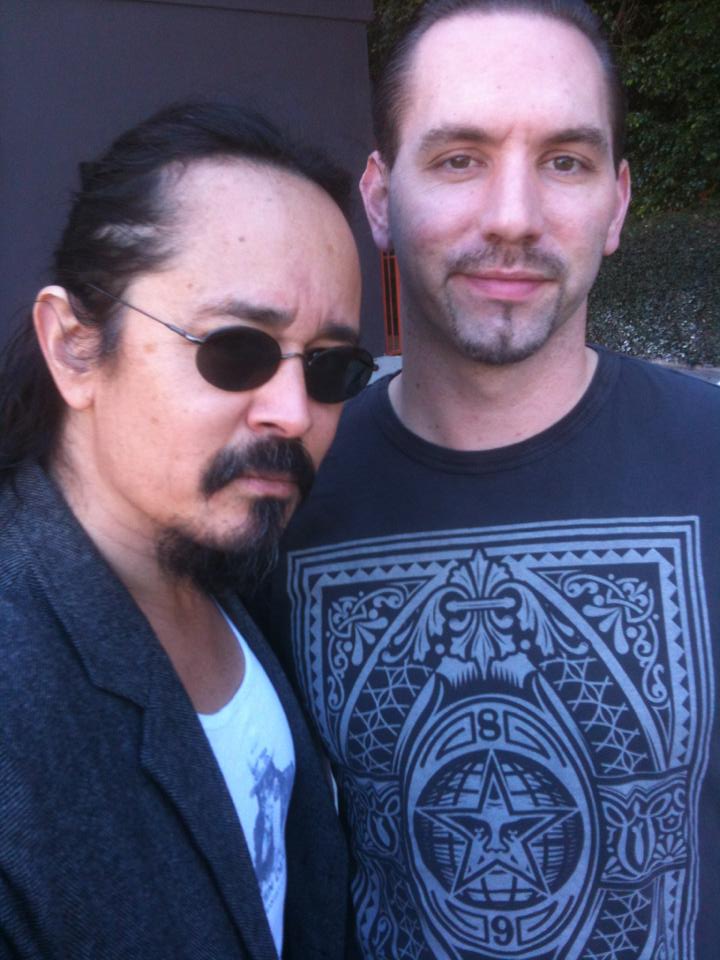 Keep up the good work, boys.