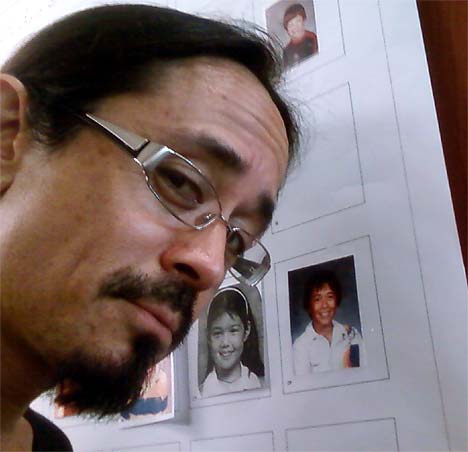 A special era in my life came to a close two weeks ago as I wrapped up an eighteen-month stint at the North American HQ of a major automobile company that shall remain nameless in this — ahem — opening sentence.

It’s impossible for me not to notice this figurative change of season’s uncanny synchronousness to the actual change of season blowing through the air right now as Mama Nature kicks down to the door to my favorite season of ’em all, Fall. There is, of course, a vague feeling of loss in this departure, but, like time itself, we must move relentlessly forward. Only faster.

Below are some shots I snapped during the final hours on campus before turning in my badge, handing over my gun, dealing with the usual cavity search, getting escorted by armed guards out to the parking lot, etc. (There are still a few grips of photos taken by others during the Last Lunch at nearby Chang’s, so send ’em over, people!) After pulling these shots down from my cell, I noticed a few folks I missed: Lauren, Jeanice, LJ, Colleen, Jim B, Mark, Terri, Emily, Teiko, Ron, etc. (And, perhaps most importantly, Abhijit.) I suppose I’ll just need to drop in again one day.

In no particular order, some faces I don’t want to forget [hum that Barbra Streisand song here]: 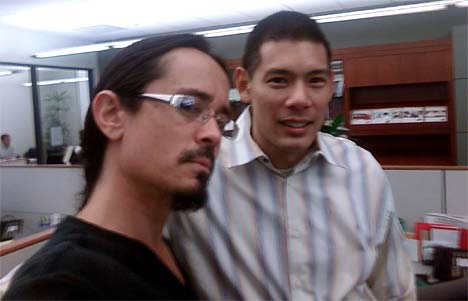 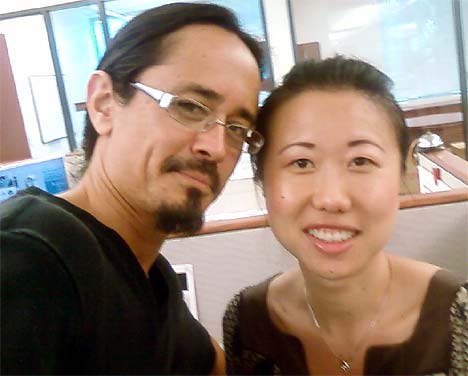 ↓ Fluffy. This one makes me particularly teary-eyed.

↓ Sean. Professional photographer. Wedding plans on your horizon? Have Sean come capture moments that’ll make the happy couple look better than they ever will. 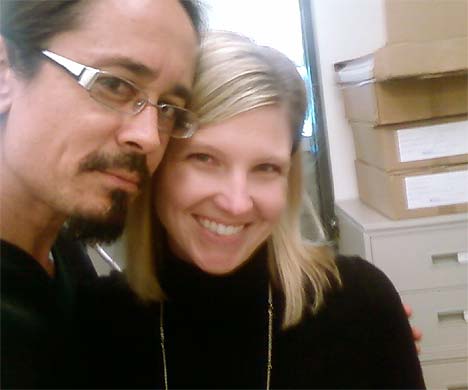 ↓ Faye. “Hey Faye, I don’t mean to sneak over your shoulder when you’re busy with stuff, but check out my new phone’s logo.” 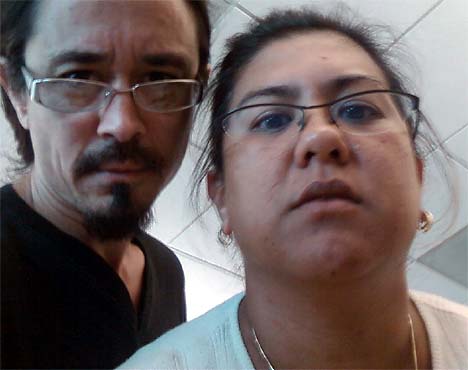 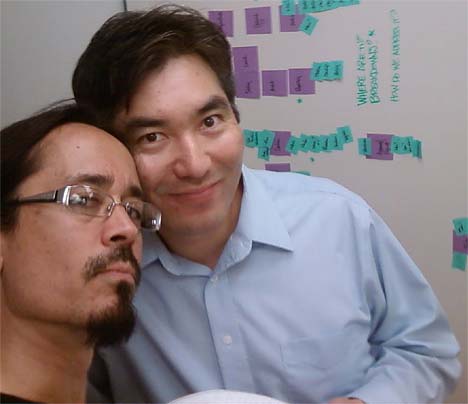 ↓ Doug. Don’t let the straight face fool you. He can be a real character once he comes out of his shell. 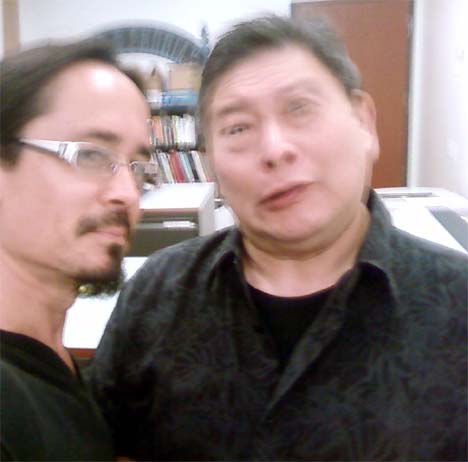 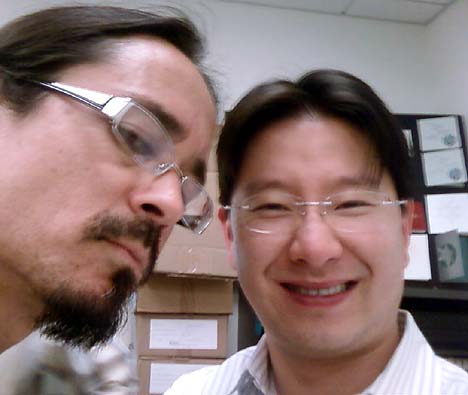 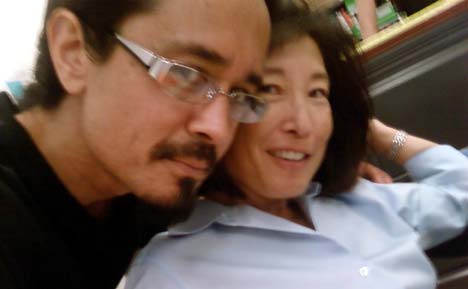 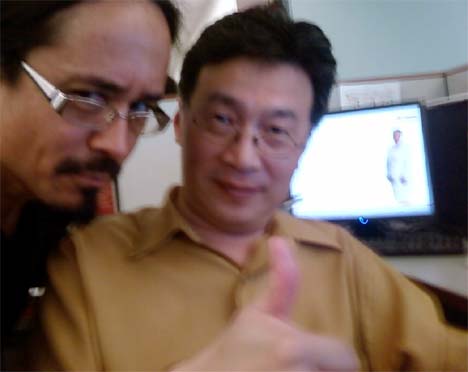 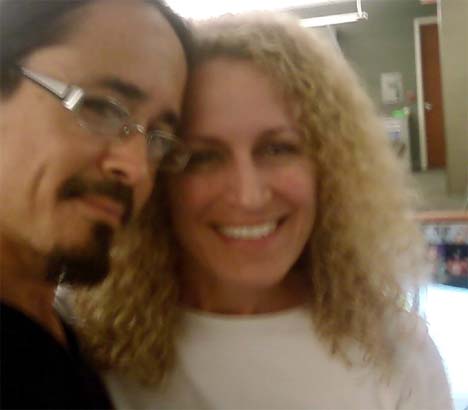 ↓ Gene. You know those times in your life where you meet a guy that’s literally the nicest guy you’ve ever met? Like, there’s not a bad cell in his body? That’d be Gene. 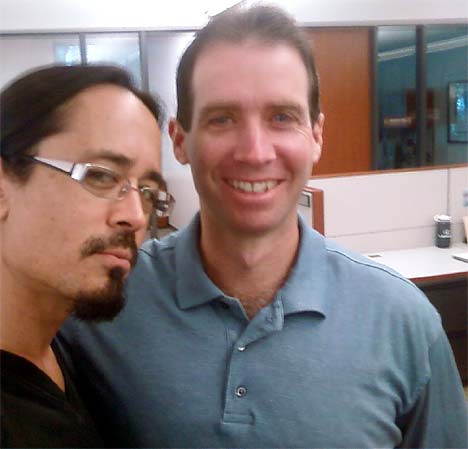 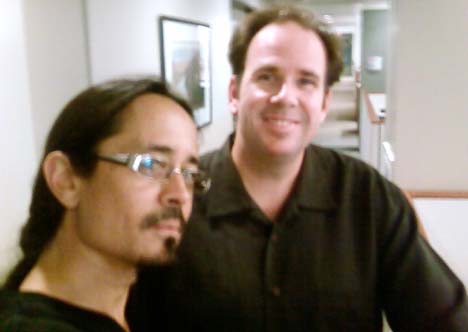 ↓ Heather. One of my favorite buds during those final innings. She turned me on to This American Life and StoryCorps, both on NPR. Go discover them. 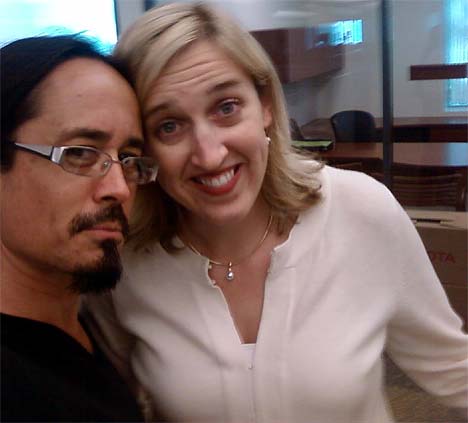 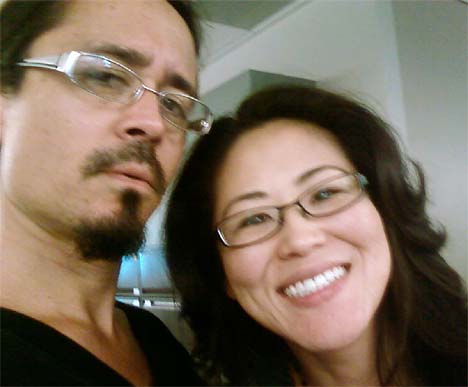 ↓ Thom. Among the greatest. Also from Hawaii, and a Punahou alum. 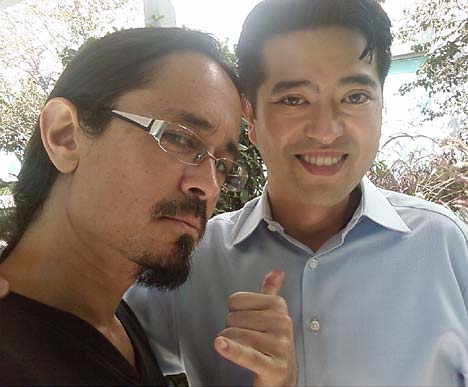 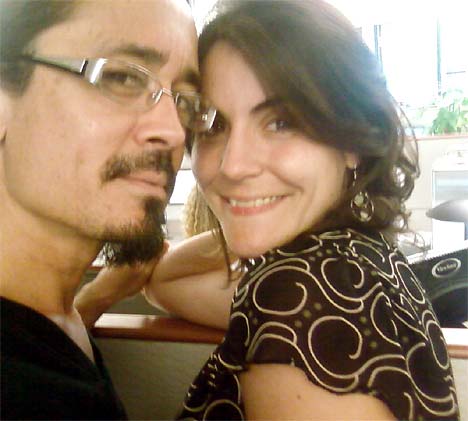 ↓ Koko. Quite possibly my favorite. Like, you know, what Dorothy told the Scarecrow just before she clicked her heels. 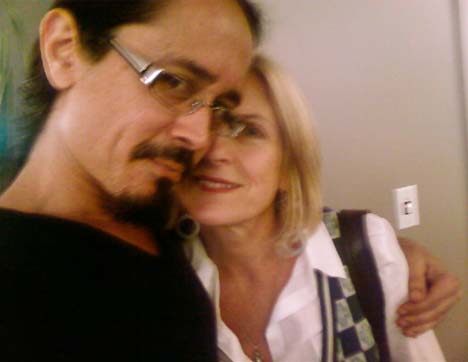 ↓ Rothee. A brother forever. But I’m only saying that to be funny. 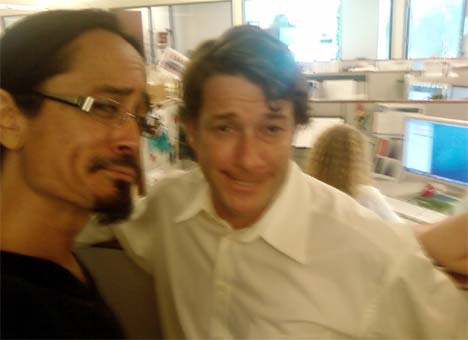