Here’s a first peek at where the baseboard project is going. Starting on the first wall on the other side of the oven, I put in the bases and the caps, equating to six joints. That’s twelve cuts for each piece, or twenty-four.

The newness of the job is wearing off, and I’m getting it. Here’s the thing: walls aren’t perfectly straight, so my perfect 45-degree joint cuts ended up being slightly off. All part of the gig. After the first two couple joints nearest the bar, I caught on to that reality and began tweaking my cuts a degree or three to compensate. Those first two near the bar will need to be filed down a bit before getting mudded and repainted.

Next comes the ribbon, also known as the “base shoe”, which will go at the foot of the base where it meets the floor. Then it’ll be time for caulking, puttying, and repainting. 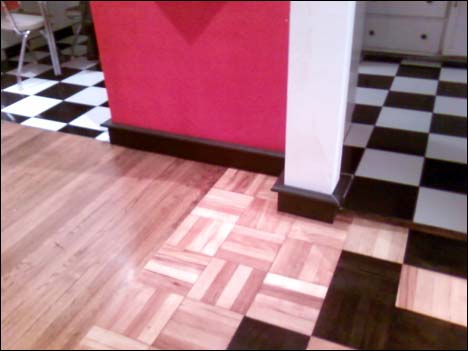 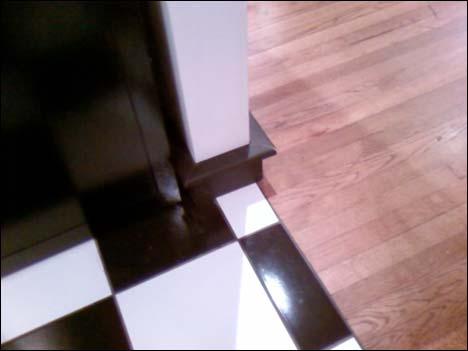 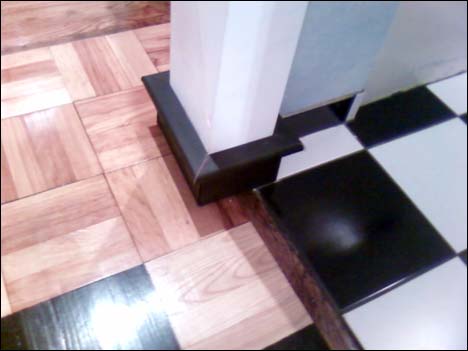 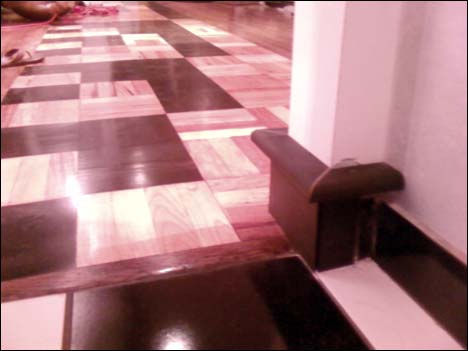