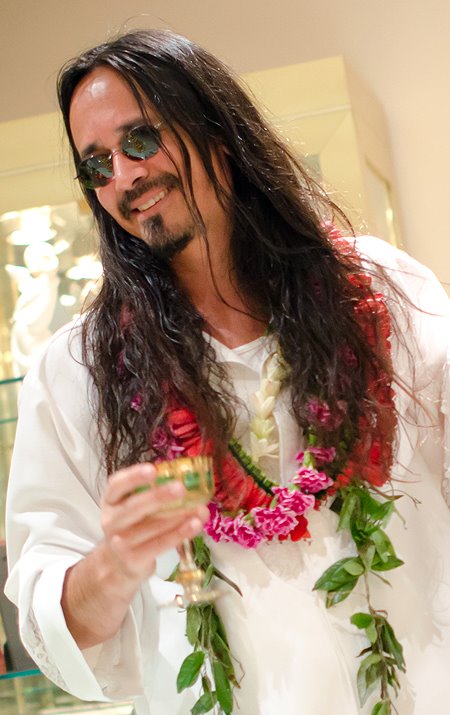 My name is Jace Daniel. I’m an artist, media developer, drummer, and writer, living in Studio City with my genius supermodel wife M and our little shiny bat-monkey-chupacabra hybrid Pierre. I’m the author of a supernatural thriller called Under Angels, available in both paperback and ebook editions. I also wrote the story’s award-winning screenplay.

Nope, the name’s not short for Jason, and it’s not Jase with an s. It’s ace with a J. My old man was a young ballplayer who had a thing for cards, and wanted to give his first born a name that rhymed with Ace. I’ve done my best to substantiate his decision.

While Pop never admitted so, it’s pretty obvious that the name combo was selected as an homage to his favorite liquor at the time. He eventually stopped drinking. I’ve taken over. 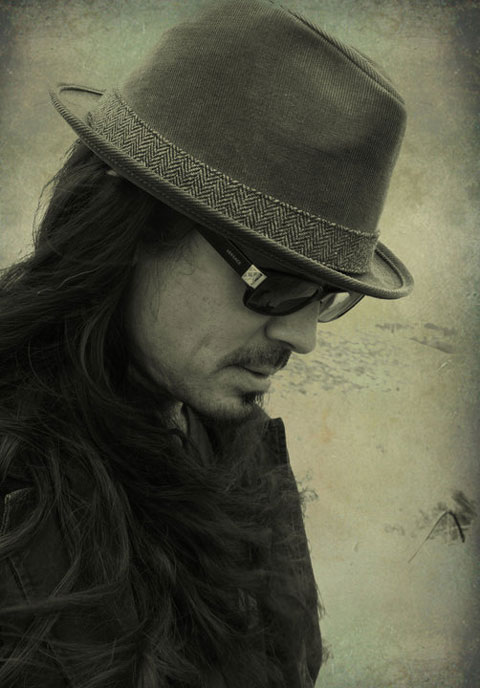 I was born in Honolulu on January 24th at about 9:12 PM Hawaiian Time. It was a balmy Friday night. The year was 1969, and the war in Vietnam was in full swing. Hawaii lost more guys in ’69 than any other year. My Uncle Cip and Uncle Danny both grunted out tours that year, fortunately coming back in one piece.

I’ve been told that my conception literally saved my old man’s life, as he was on the verge of being drafted in the spring of 1968. Army infantry. He even took the physical. But here’s the thing: there was a unique clause in the U.S. drafting law that allowed a married man to be exempt from the draft if he had a pregnant wife. This law was eventually changed in the summer of ’68. With my mom getting pregnant in late April, we just made the deadline. Had I been conceived a week or two later, things would’ve been very different.

It so follows that I indirectly saved at least six other lives, as my folks went on to have four more sons and two of the sweetest daughters anyone could ever be lucky enough to call baby sisters.

My young parents and I moved to Los Angeles when I was a year old, and I’ve lived on the West Coast ever since.

I’m a bona fide mutt by any definition of the term. We’re called “hapa haole” (pronounced “hop a how lee”) in the islands, a Hawaiian phrase which literally translates to “half unlocal”, ultimately synonymous with “half Caucasian”. My father, a native of Kauai, is Hawaiian, Chinese, Spanish, Filipino, Japanese, and supposedly some Irish. My mother, born in New York, is English, Welsh, Scottish, German, and Native American Wyandotte Indian. I bought my first car with my Indian money when I was eighteen.

My blood represents at least three continents, not counting the Pacific Islands. I suppose an interesting artistic representation of myself could be a Polynesian warrior wearing an Aloha shirt with a kilt and headdress, washing down sushi with a Guinness, and driving on the wrong side of the road. On a dragon.

Childhood’s a vivid blur. I remember playing lots of baseball, doing a few curbendos, beginning a lifelong love affair with the Twilight Zone on summer afternoons, and reading the entire Hardy Boys and Encyclopedia Brown collections. I think my crowning achievement in childhood was when I solved Rubik’s Cube in under a minute. And I didn’t even take off the stickers.

High school was a bore. Although I enjoyed writing for the newspaper and playing a little baseball, I basically hated the experience. It felt like a waste of time, and I couldn’t wait to get the hell out of there and start living.

After high school, I studied Telecommunications at Chico State University in 1987-88, where we were named Playboy Magazine’s “#1 Party School in the Nation”. After making my contributions there, I eventually found my way back to L.A., switched my major to Music with a Communications minor, and finished things up at Dominguez Hills in the early nineties. Well, sort of.

One thing led to another, and I found myself channeling my Computer Music chops into Graphic Design, which are actually quite similar skill sets. You’re basically sitting at a computer creating digital material, using a suite of tools that give you control over parameters like layers, dynamics, balance, thresholds, and levels. Photoshop became my thing. When the Web hit in about 1997, Web design became a natural extension of the Graphic Design field.

When things are all said and done, I’ll always consider myself a writer at the core. The essence of writing is the communication of ideas, so any area of design is in itself a form of writing. It so follows that writing is a form of design.

For more information about me, surf around this site for clues.