The Ambrose Bierce version of “Grease” 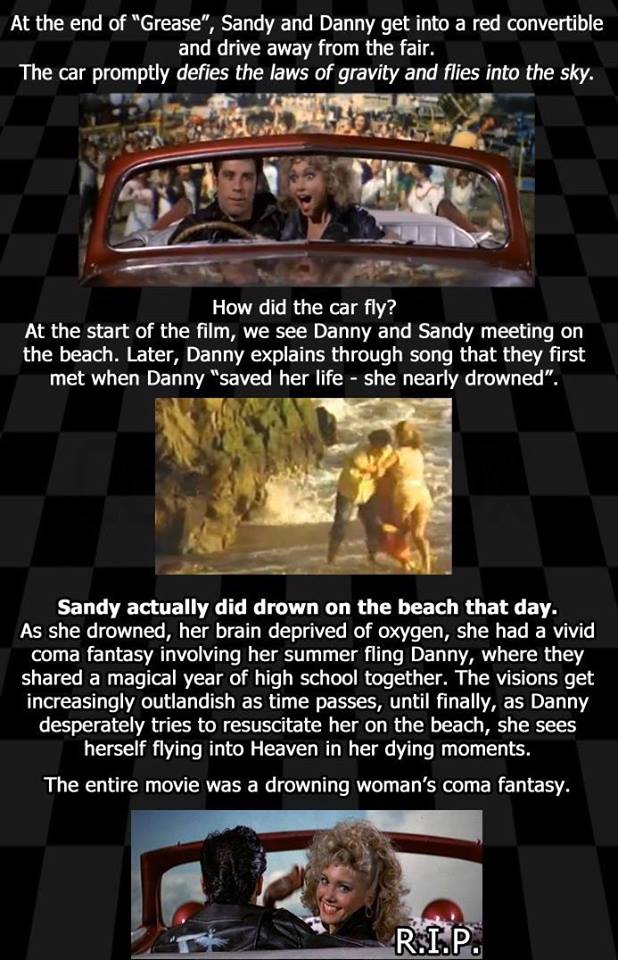 At the end of “Grease”, Sandy and Danny get into a red convertible and drive away from the fair. The car promptly defies the laws of gravity and flies into the sky.

How did the car fly?

At the start of the film, we see Danny and Sandy meeting on the beach. Later, Danny explains through song that they first met when Danny “saved her life — she nearly drowned.”

THEORY: Sandy actually did drown on the beach that day. As she drowned her brain deprived of oxygen, she had a vivid coma fantasy involving her summer fling Danny, where they shared a magical year of high school together. The visions get increasingly outlandish as time passes, until finally, as Danny desperately tries to resuscitate her on the beach, she sees herself flying into Heaven in her dying moments.

The entire movie was a drowning woman’s fantasy.

Next post: Jimmy Page discusses how Stairway was written