Under Angels is now haunting Dark Delicacies, the San Fernando Valley’s home of horror, located in the heart of Burbank. Tons of books, videos, merch, and paraphernalia for horror/thriller buffs.

Drop in for a spooky hang on Saturday, lucky October 13, 2012, at 2 PM. There will be a total of five authors present, signing their respective books. Restaurants and bars nearby as well. Make an afternoon out of it! A perfect way to kick off the Halloween season.

Jace Daniel, author of Under Angels

Crossword puzzle enthusiast Pete Durante is a war dog trainer stationed near the Los Angeles Harbor during World War II. After he cracks an enemy code that helps end the war and saves millions of lives, he gets driven to suicide by a vengeful intelligence officer named Rip Greamer. To save his family from an even darker fate, Pete must follow his dog beyond the grave and into a purgatorial maze of tunnels beneath Los Angeles to solve one final puzzle.

Under Angels is a ghost story that includes Los Angeles history, UFOs, anagrams, the K-9 Command Unit, WWII cryptography, love, tragedy, second chances, and Greamer, who is either a covert government agent or something far worse.

A modern-day witch helps an undead detective solve the mystery of his own resurrection in this magical thriller with a touch of classic LA noir!

Los Angeles PI Dexter Graves was pretty sure his life ended back in 1950, after a mysterious femme fatale shot him through the head. When Graves involuntarily rises from his grave sixty years later, he finds himself drawn to freelance sorceress Lia Flores, who introduces him to an underworld he never could’ve imagined. Lia sets out to discover the meaning behind Graves’ unexpected intrusion into her enchanted life, but neither the witchgirl nor the skeletal detective has any idea they’re being set up by an old-school player on the LA scene: mobster/monster Mickey Hardface, also known as Mictlantecuhtli, the ambitious king of the Aztec realm of the dead.

Funny and fast-paced, this genre-bending love letter to the City of Angels blends surreal magical fantasy with the narrative drive of a taut crime story. Epic in scope and rooted in California history, GRAVES’ END adds a new chapter to the mythology of the post-Halloween holiday known as el Dia de los Muertos–the Day of the Dead.

Melissa L. Finch, author of The Fire of the Eclipse

The world of 18-year old Valairia Sullivan begins to fall apart when her troubled older brother, Charles, dies from a heroin overdose. Violent and traumatic events fill her days as she mourns his loss. Far away in the Wrightwood forest resides a mysterious group of women who want to help heal Valairia of the dangerous power that now resides within her. But the strange and beautiful man who has been sent to guide her to Wrightwood, fills Valairia’s heart with terror and irresistible seduction. She fears he may be a cruel spirit, or the loss of her own sanity. The fate of the world is at risk in this classic romantic battle between good and evil. Set in the glamorous and fast-paced world of Los Angeles and merging into the haunting forests of the San Bernardino mountains, enriched with pop culture, raw emotional conflicts, eroticism, and fantastical plot twists, The Fire of the Eclipse will suck you in during the full cycle of the moon.

What would you do if your family was under attack by a violent Satanic cult? That’s the position Jim DiMario is in – but has he found out too late? A successful pastor of a large suburban church, Jim’s life unravels when he investigates an animal mutilation that has taken place in his quiet, upscale community. Seemingly by chance, he meets two strangers in his quest for the truth – each of whom have their own reasons to investigate the grisly mutilations. Jim soon finds himself in too deep when problems arise for his friends & family. His world spinning out of control, Jim discovers that he is the focus of a Satanic cult – the shadowy Temple of Anubis, who’s true motives are more sinister than mere animal sacrifices. With time ticking away before Samhain, the most unholy night for the occultists, Jim and his allies face a desperate gamble to save his daughter’s life from the Satanists who have abducted her. Will he realize too late that his worst enemy is part of his own inner circle?

There are some odd things about Nate’s new apartment.

Of course, he has other things on his mind. He hates his job. He has no money in the bank. No girlfriend. No plans for the future. So while his new home isn’t perfect, it’s livable. The rent is low, the property managers are friendly, and the odd little mysteries don’t nag at him too much.

At least, not until he meets Mandy, his neighbor across the hall, and notices something unusual about her apartment. And Xela’s apartment. And Tim’s. And Veek’s.

Because every room in this old Los Angeles brownstone has a mystery or two. Mysteries that stretch back over a hundred years. Some of them are in plain sight. Some are behind locked doors. And all together these mysteries could mean the end of Nate and his friends.

Or the end of everything… 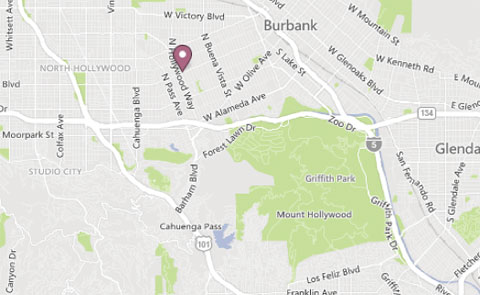 Dark Delicacies on the web: http://darkdel.com

Previous post: iPhone 5 superglued to the ground in Amsterdam