Just watched 2004’s Primer again last night and slept on it. A classic mindfuck. The film’s gained a cult following, and a few people have made some admirable attempts to deconstruct its complicated time-travel-related plot.

First, an excellent diagram via Wikipedia. Click image for larger version. Try not to hurt yourself: 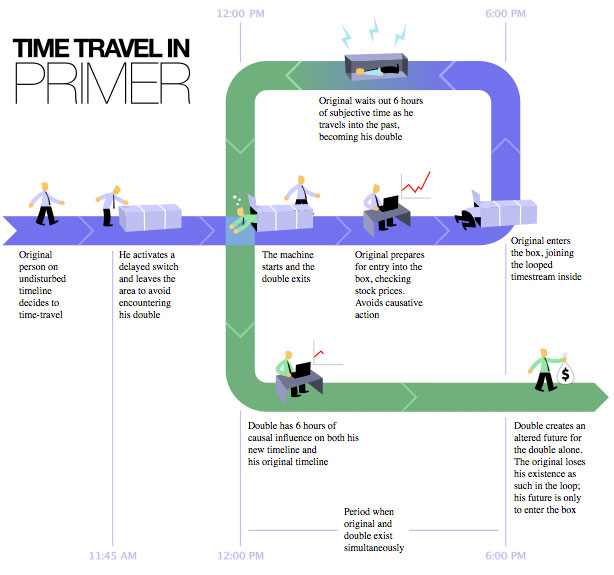 Here’s a dude who’s taken some of these available breakdowns and produced a watchable half-hour demonstration on YouTube:

The entire movie is now available on YouTube. Check it out here, along with a 2005 discussion I had with Andreas.

Next post: Lotte Time Lapse: Birth to 12 years in 2 minutes and 45 seconds