Vintageness! Had to laugh as I ran into this at a garage sale over the weekend. From about 1996/7/8/9, one of the most classic mail-order scams of all time, The Internet Tool Box: All The Tools You Need To Master The Internet! 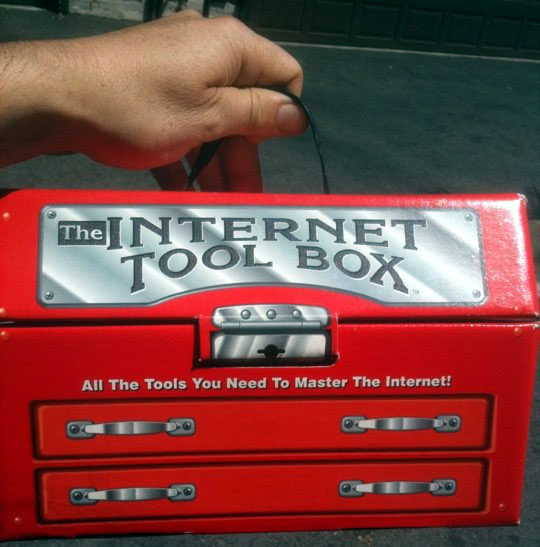 Get your hands on this baby and you would have had everything you needed to pick the low-hanging fruit, put that 800-pound gorilla in a headlock, and knock it out of the park. SLAM DUNK!

Those with clearer memories may remember the commercials on cable. Jam-packed with all the stepping stones necessary for instant hi-tech success, The Internet Tool Chest was your one-stop turnkey solution for internet connection software, step-by-step instructions, a (VHS!) video of The Internet Professor (LOL) with accompanying booklet, probably some animated horizontal rules, maybe a colored rubberband background, and perhaps even a few blink tags.

This relic is straight out thee ol’ pre-Y2K tech gold rush. Before Facebook, before Twitter, before smart phones, before blogs, before Google, before The Matrix, before the dotcom crash. Love it. 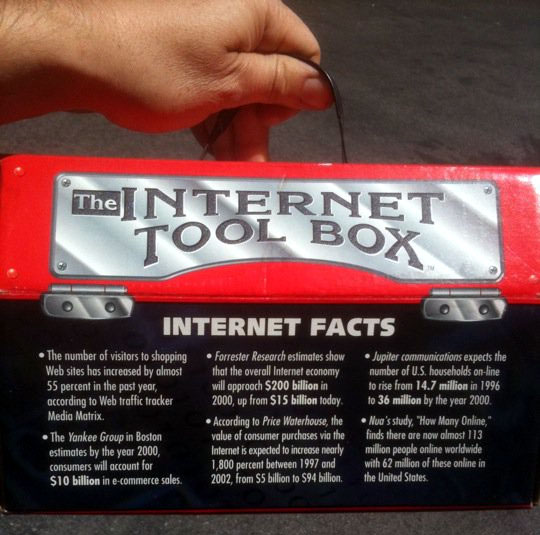 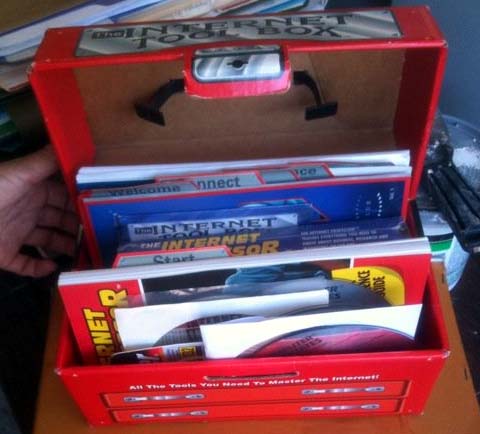 From the back of the box, some interesting and perhaps laughable predictions. How have they held up?:

Next post: Coffee Time – Fred Astaire dancing in 5/4 time – Yolanda and the Thief