Last night we hit the Hollywood Palladium to catch Megadeth on the final night of their Rust in Peace 20th Anniversary Tour, featuring a performance of their classic Rust in Peace album IN ITS ENTIRETY. There was no way I was missing that. 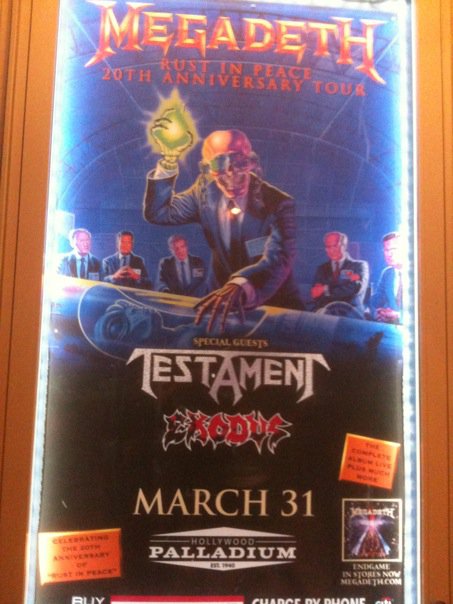 Turned out that last night they were filming the Rust in Peace DVD, due later this year. 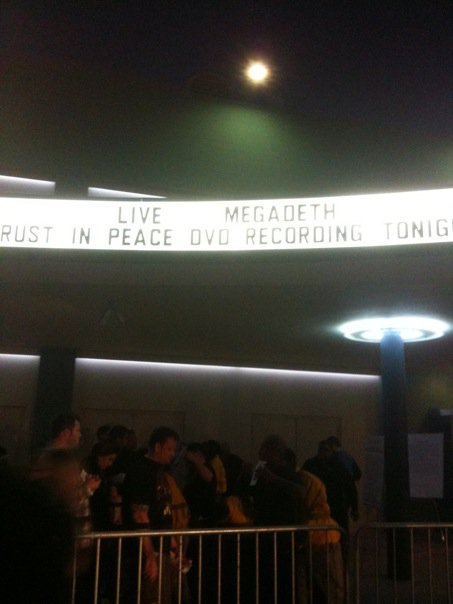 RIP, a masterpiece, is one of my top three or four favorite metal records of all time. It was born during that weird pre-grunge era, 1990-91, between Metallica’s …And Justice for All and “Black” albums. By 1989/90, metal had gotten about as bad as it’s ever been (Cherry Pie, anyone?), and the 21-year-old me found solace in the honesty and musical integrity of thrash bands like Slayer, Megadeth, Testament, Exodus, Anthrax, and a new heavier-than-heavy band from Texas called Pantera. 1990 also marks the moment where the walls between punk and metal and hip-hop started getting knocked down, with bands like Faith No More defying conventional categorization.

A great night, with some serious deja vu going on. I saw Megadeth on that first Rust in Peace tour, right here at the Palladium. The opening act was killer new band from Seattle called Alice in Chains. Maybe you’ve heard of them.

Previous post: The Human Body and the Golden Ratio