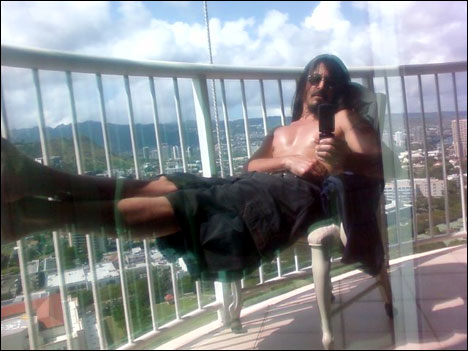 Long day. This was the last time I’ve been anywhere near a horizontal position in the last thirty hours, snapped yesterday from the 37th floor lanai above King Street in Honolulu before eventually catching a red eye to Los Angeles by way of a two hour layover in Salt Lake City. I’m now pulling down a bunch of pics from my phone and camera documenting Pop’s induction, and will be posting them here sooner than later.

Until then, I must go lie down.