Okay, so where are we. Here are some pix taken over the last 48 hours or so, all taken with my thrasher Nikon Coolpix 2100 with its lens covered in drywall dust. We received the support beams, cleaned up and finished my drywall demo, did some electrical prep, built the necessary temporary support walls, and removed most of the old walls’ framing.

One more day to go to finish the framing. The dudes will be here bright and early to continue working while I’m not here. The beams go up, and the temporary support walls come down. With that lumber, they’ll frame the soffit. Then we break for the finish line and address lighting, the floor, the bar, and so on.

The beams were delivered on Friday: 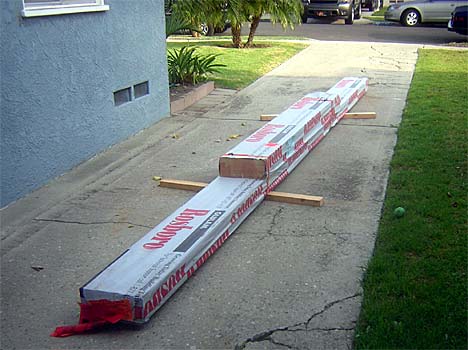 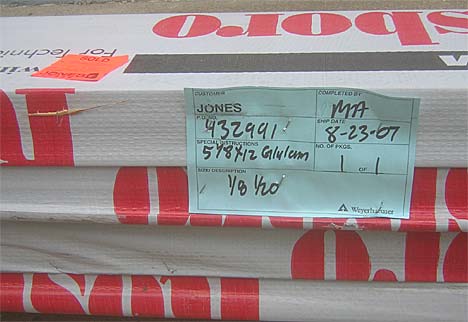 After the Hurricane Jace relief crew came in on Saturday: 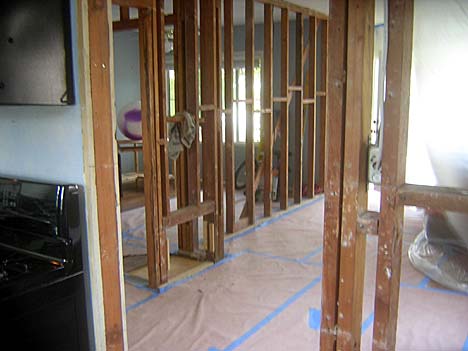 Lumber for the temporary support wall. FYI, Vive pissed on it before he went on vacation for a few days. I miss that little monster:

My main man of the week, Mike. One of my angels: 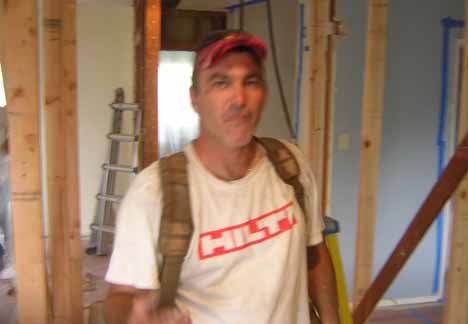 The temporary support walls go up, staying there until the beams are in place. Notice that there’s one on either side of where the existing long wall’s frame was, and a third on the kitchen side of where the bar wall was knocked out: 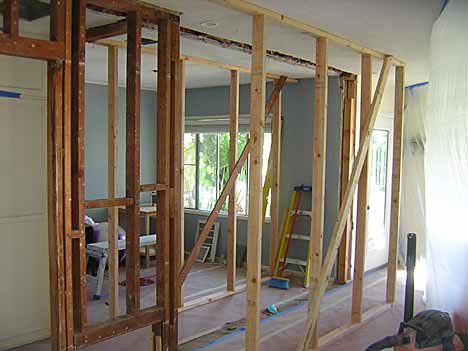 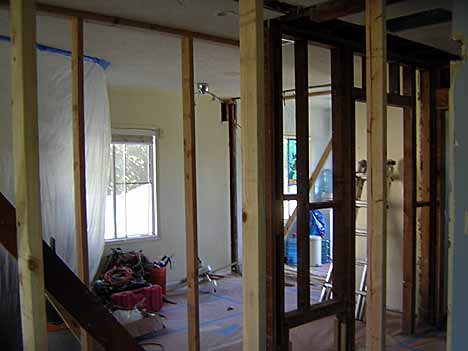 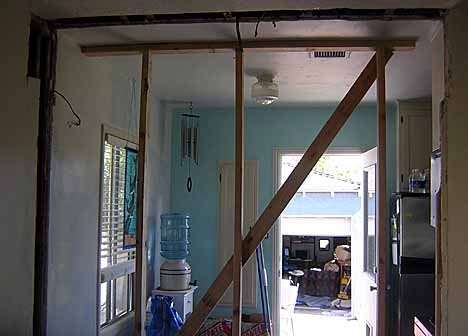 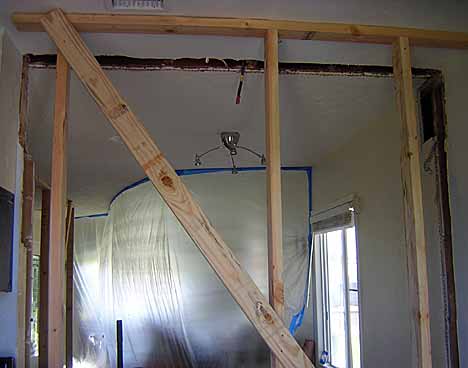 They removed the top plate of the house’s frame and have mounted 4×4 vertical supports that’ll hold the beams. Here you can see the 4×4 notched out to accommodate the beams. The beams will also be notched out, fitting into this whole thing like pieces of a puzzle. The beams will be exposed, with an inch and a half of them inset into the ceiling and supporting the perpendicular joists: 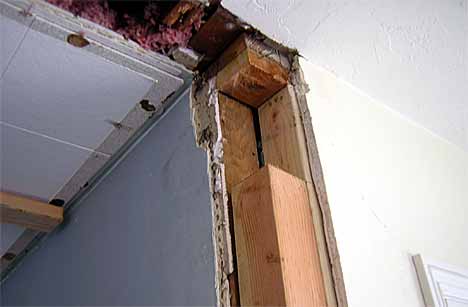 Two long views taken with one of my feet in the old living room, the other in that first bedroom. The beam’s going along the ceiling. The dark 2×4 frames here are gonna all be gone: 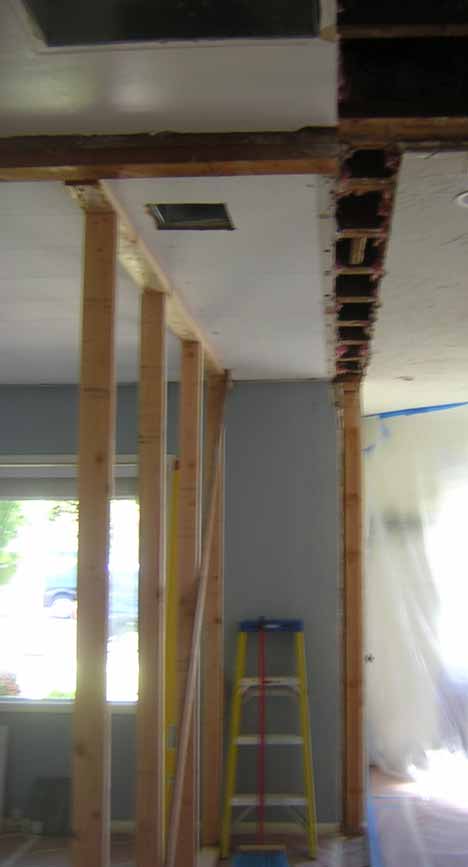 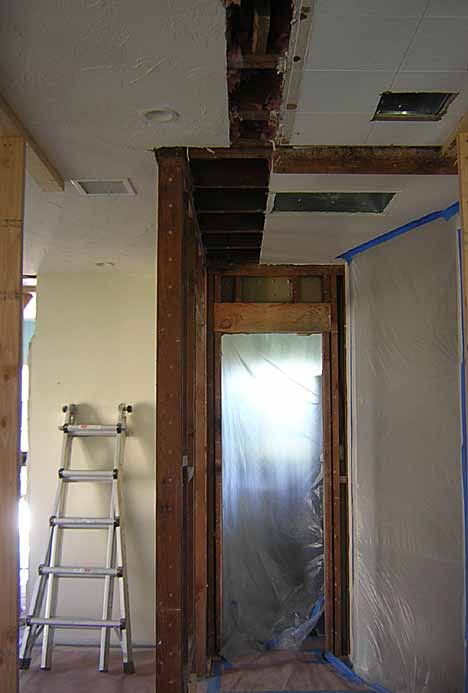 Anybody have any extra black trash cans?

Previous post: The fine line between creation and discovery