I lost Kona nine days ago, March 4, 2011. I’ve been dreading the day Mag Perrier shows up to claim my girl for so long that you’d think I’d be ready, but I suppose one never really is. This past week and a half has been a very personal one for me. Quiet, dark, cold, reflective. My normal reaction to this type of depression is to take the dogs out, so I’m currently needing to make a few adjustments. Takes effort.

Anybody who knows me knows what Kona meant to me, but I don’t think even those closest to me truly understand the extent of our connection. It wasn’t a typical man-dog relationship. It was extreme, particularly in the beginning. I worked at home from 1999-2006, and she was there at my feet the whole time. Literally, at my bare feet, under my desk. All day.

I got Kona just after I turned 30, and she walked by my side through some long tunnels. She watched me learn Flash. She was with me when I bought my house. She watched me write stories. She filled voids during the worst times of my life, through loss, through loneliness, through divorce. She got me through my thirties. I could never have gotten to 40 without her. Kona was my angel.

I should pause to point out that Kona did live long enough to see me break through it all. She went out knowing I’m happy. And that makes me happy. In a bizarrely correct way, she chose to leave on March 4. March forth. As if it was her message to me to keep going. Reminding me that my life isn’t over yet. There are still things to do. March forth. Keep going.

I’ve been memorializing Kona since 1999. And judging from the size of my photo archives, I’m probably not done. For this particular blog post, I’ve chosen a batch of shots from this past December 2, 2010. Last Fall provided me with some unexpected downtime that turned out to be a blessing in disguise, including dozens of autumn sunsets and priceless mid-day walks with Kona and Vive that would have otherwise never been realized. Vive and I are very lucky to have been able to squeeze in a few extra quality hangs with Kony in her final season.

I remember this December 2 day very well. It was a Thursday, chilly. We hit the fields up behind Wayfarers Chapel, a spot Kona and I had in our heavy rotation long before Vive came into our lives. It was just the three of us that day, a piece of Heaven if there ever was such a thing, and the dogs were both being very cooperative with the camera. 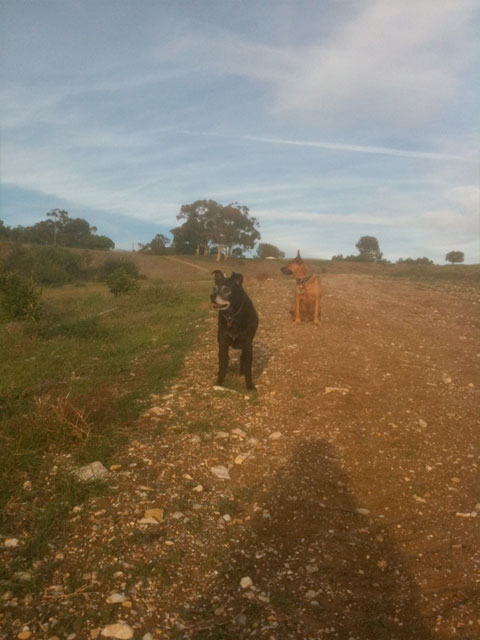 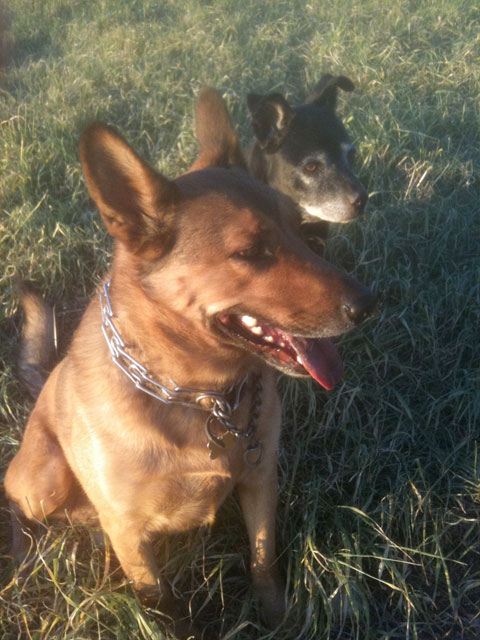 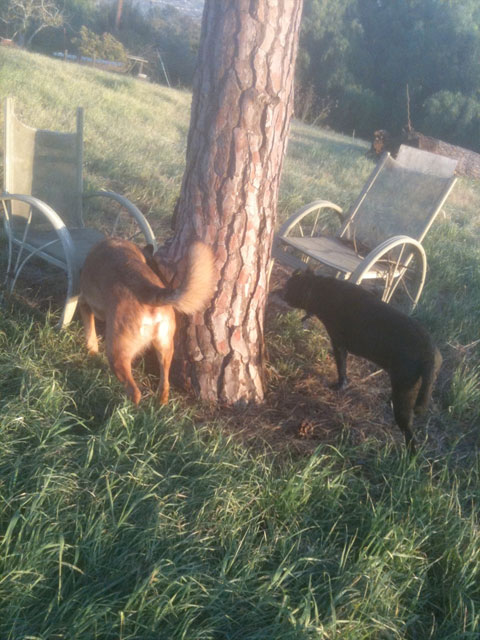 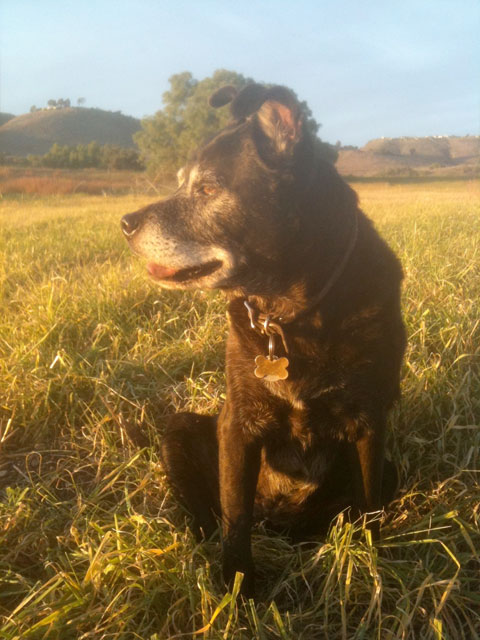 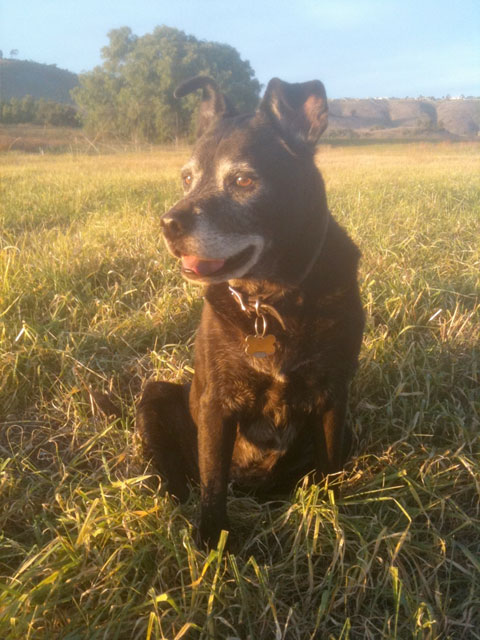 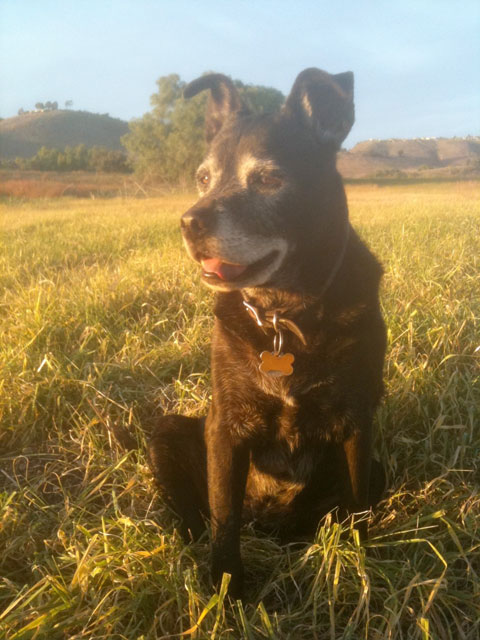 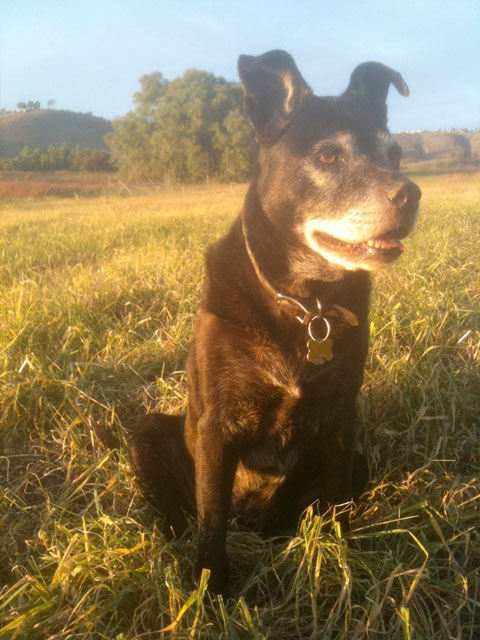 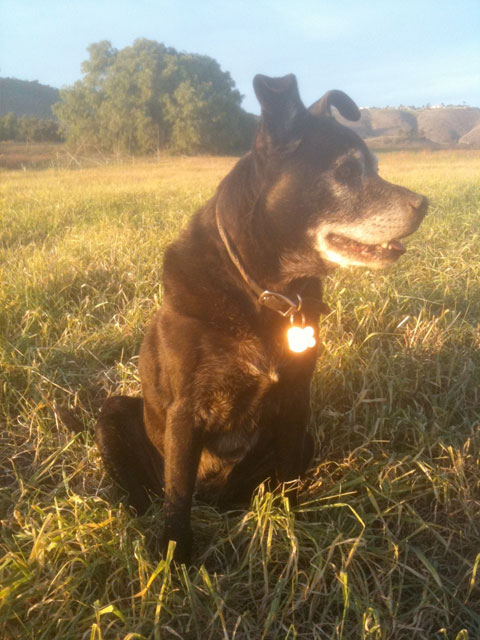 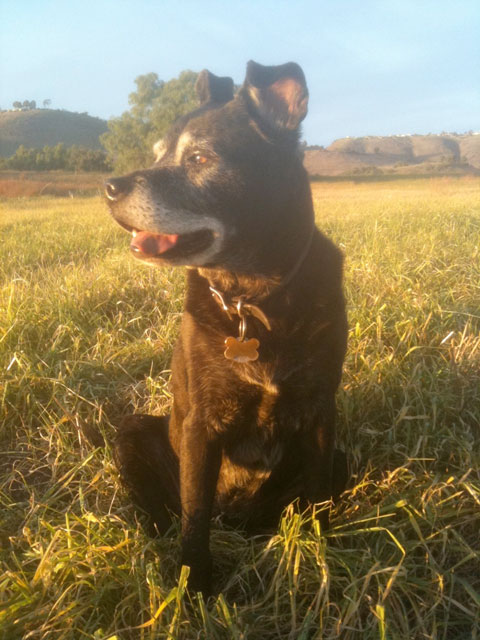 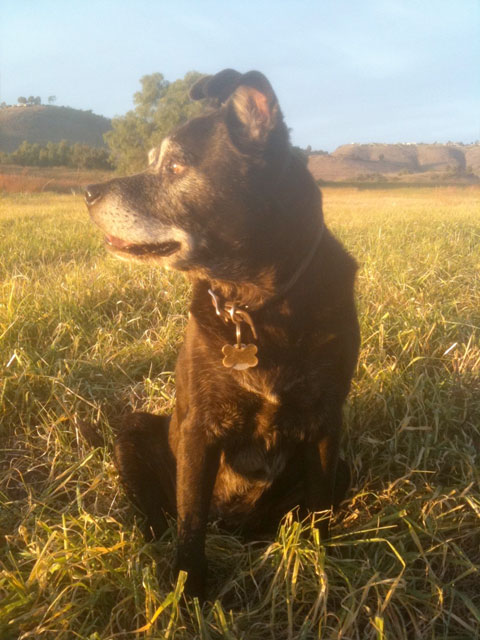 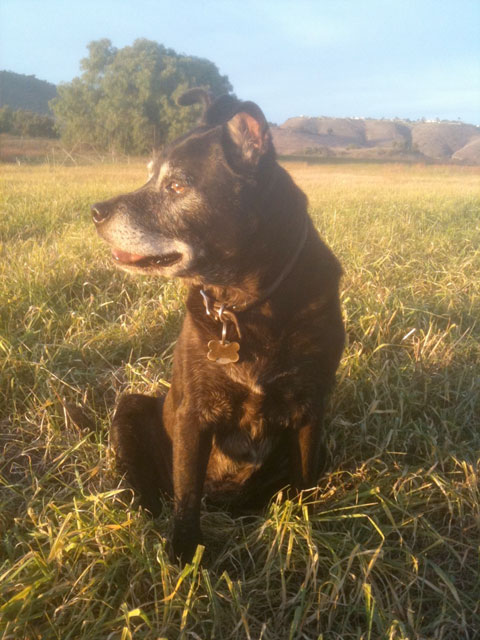 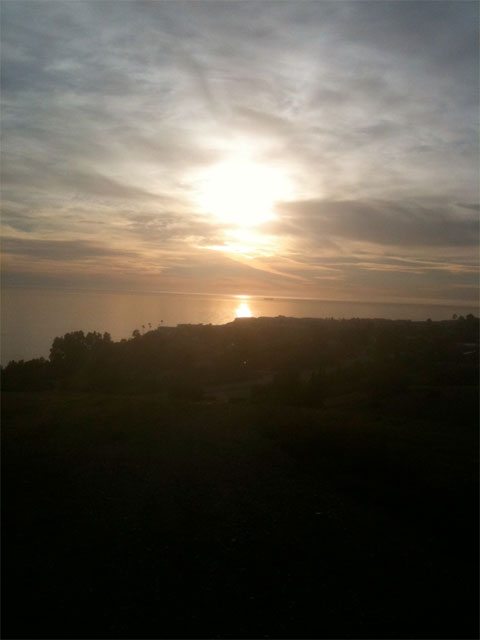 I come from good roots. They gave us each just one name: Dash, Kona, Ace, Jackson. Ghost. My ancestors and friends are among the hundreds of four-legged soldiers to be trained here, and the first to be killed in the line of duty for the United States. Throughout the decades, dozens of us have been buried here at the K-9 Command Cemetery behind the fort’s chapel.