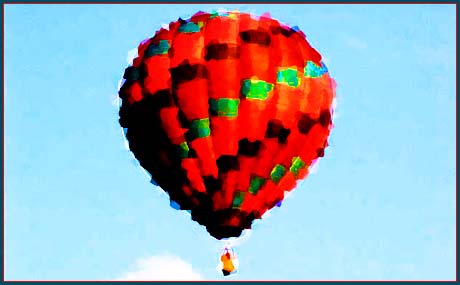 A balloonist is flying over a field when he realizes he is lost. He reduces height and spots a man standing on the ground below. He lowers the balloon further and shouts:

“Excuse me, can you tell me where I am?”

The man below says, “Yes. You’re in a hot air balloon, hovering approximately 30 feet above this field.”

“You must be an engineer,” yells the balloonist.

The balloonist shouts, “Well, everything you have told me is technically correct, but it’s of absolutely no use to anyone.”

The man below replies, “You must be in upper management.”

“I am,” shouts the balloonist. “How did you know?”

“Simple,” says the man. “You have no idea where you are, you don’t know where you’re going, and yet you expect me to be able to help. You’re in the same position you were before we met, but now it’s my fault.”

Next post: Madonna and Child ~ Adoration Of The Magi