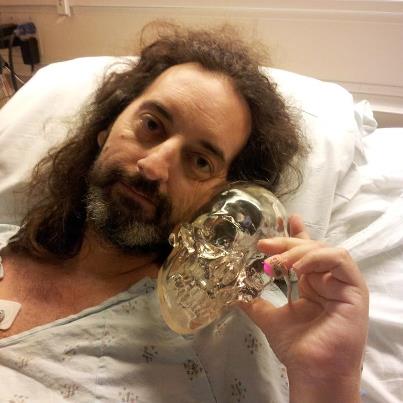 Philip Coppens has died, taken quickly by a rare form of cancer that doctors discovered in his body just after Thanksgiving. This bums me out. He was only 41, nearly sharing the same birthday as me, and was just starting to hit his stride. He still had lots of research to share, and tons of questions to raise.

Probably best known as one of the ancient astronaut theorists on the History Channel’s wildly popular series ‘Ancient Aliens’, the free-thinking Coppens recently posted a 4100-word rebuttal to the virally directionless ‘Ancient Aliens Debunked‘. Earlier this year, he also posted a provoking essay on The Atheist Religion.