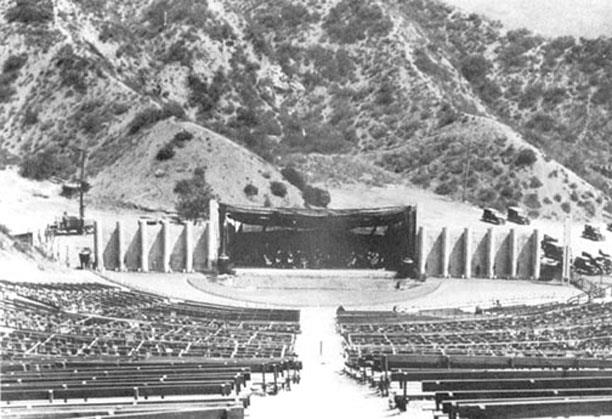 On this day in 1922, the Hollywood Bowl opens with a performance by the Los Angeles Philharmonic. The idea for the venue came after an Easter Sunrise service on the property – then known as the Daisy Dell – when the organizer, Hugo Kirchoffer, commented that the area had naturally good acoustics, he suggested the stage be transformed into a “huge bowl”. Since that time, a long, diverse list of performers, including The Beatles, Luciano Pavarotti and Judy Garland, Jimi Henrix, The Who, Frank Sintra and countless legends have appeared on stage at the Hollywood Bowl. The venue has become a Los Angeles landmark! Photo taken July 11, 1922.