As Wikipedia describes it:

“The Black Page” is a piece by American composer Frank Zappa known for being extraordinarily difficult to play. Originally written for the drum kit and melodic percussion, the piece was later rearranged in several versions, including a disco and a so-called New Age version.

He wrote it because we had done this 40-piece orchestra gig together and he was always hearing the studio musicians in LA that he was using on that talking about the fear of going into sessions some morning and being faced with ‘the black page’. So he decided to write his “Black Page”. Then he gave it to me, and I could play parts of it right away. But it wasn’t a pressure thing, it just sat on my music stand and for about 15 minutes every day for 2 weeks before we would rehearse, I would work on it. And after 2 weeks I had it together and I played it for him. And he said, “Great!” took it home, wrote the melody and the chord changes, brought it back in. And we all started playing it.

Here’s a transcription for drum set: 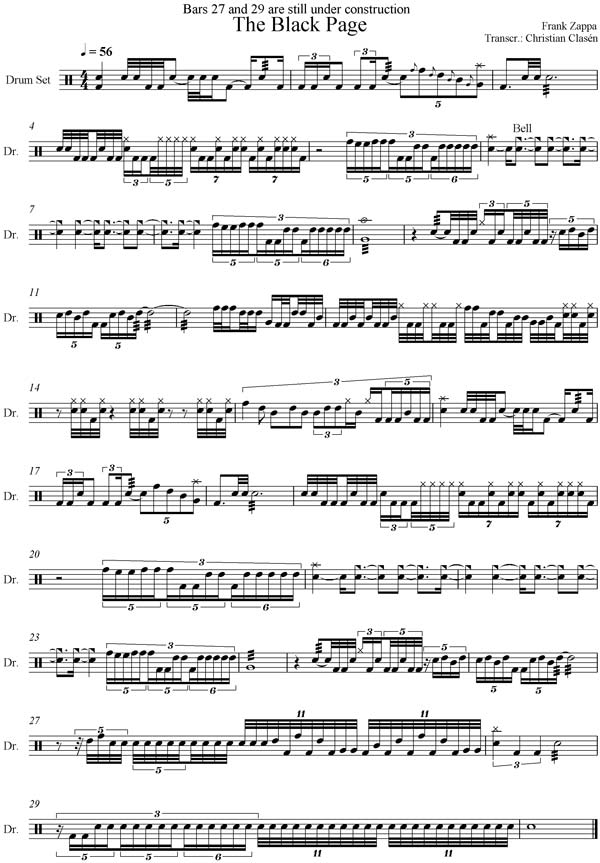 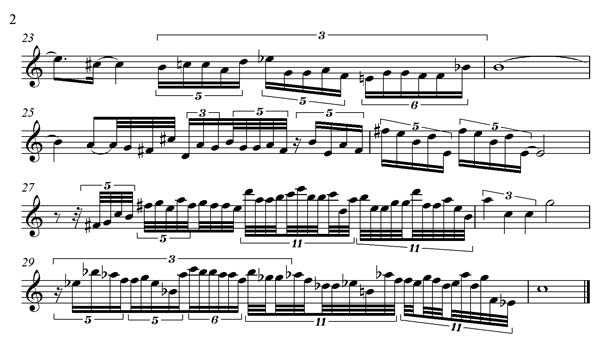 Here’s Terry playing it solo. See if you can follow along: