Geared up for battle, Roman-style 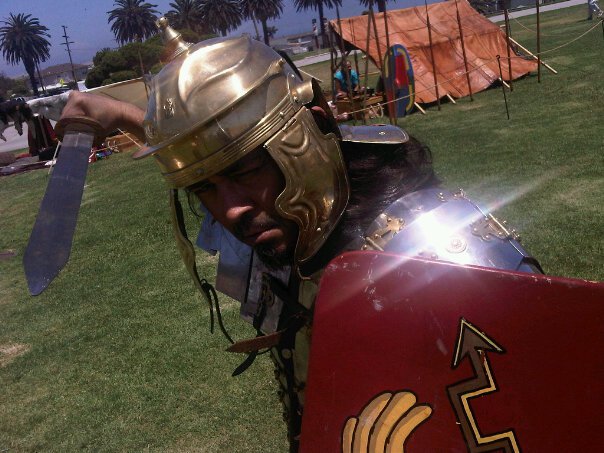 The other day after hitting Pac Diner we stopped by Fort Mac for “Old Fort MacArthur Days 2011”. We’d intended to check it out for about 15 minutes, but ended up staying there for four hours.

Running for over 20 years now, Old Fort MacArthur Days is a re-enactment and living history timeline event. I’d been there about 10 years ago, where the event focused on American military history (Civil, World Wars, Korea, Vietnam), complete with a re-enactment of the Normandy invasion. Since then, the gig has expanded into a wide-ranging thing that showcases the history of military activity from around the world across time.

There must have been about 50-60 different groups who showed up and set up camp, from Vikings to Pirates to Revolutionary War to Civil War to Old West to WWI to WWII to Vietnam to 1st-Century Roman. These people took it all very seriously, digging fire pits, wearing full period garb, and speaking in accents. Many camps even had their women sewing on looms or boiling potatoes.

Our first stop was at the Roman camp. I somehow became the subject of the demonstration. They donned me with full gear: leather vest, chain mail, breast plate, helmet, etc. It all weighed over 60 pounds, not including the shield, weapon, and supply pack. Imagine humping that stuff 20 miles on foot in the heat with people trying to kill you.

Battles back then were no small thing. One conflict outside London involved 200,000 people, with 80,000 dying over the course of about six hours. And this was close-contact stuff; by the time you were killing a guy, you were close enough to whisper in his ear. 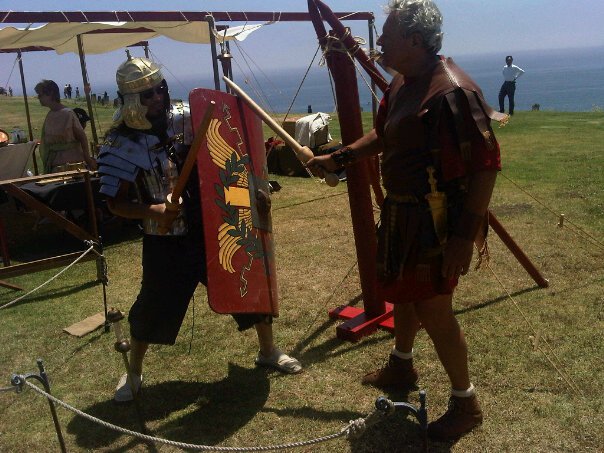 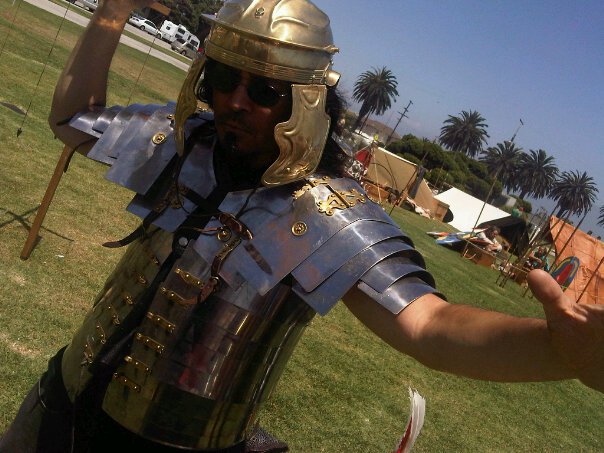 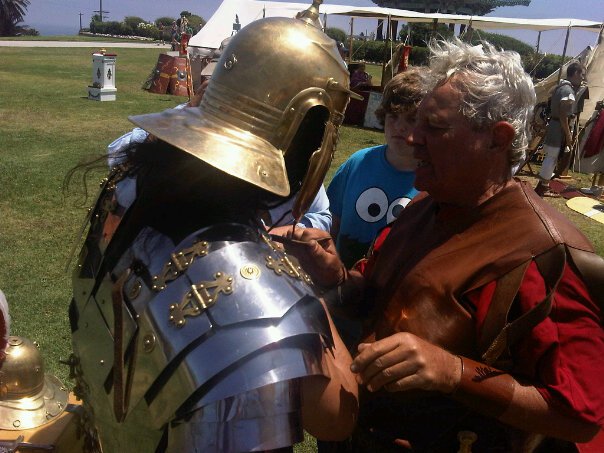 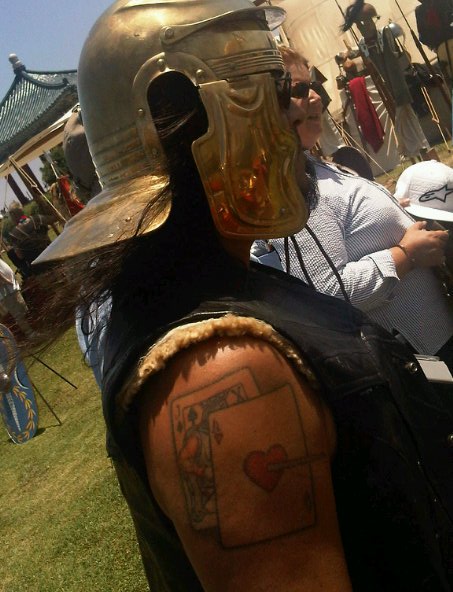 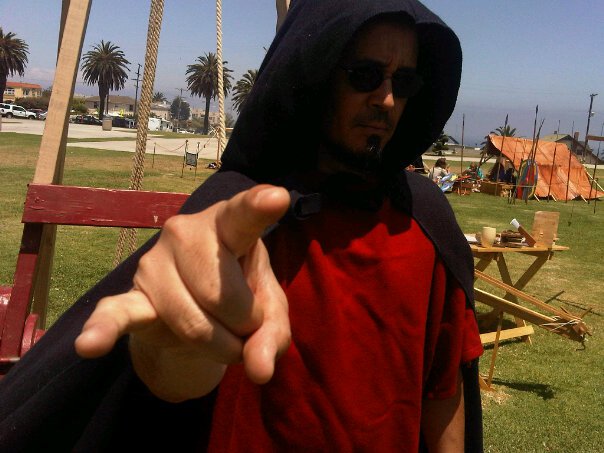 Next post: The making of the jive talk scenes from Airplane!