Unless this is all a prank, one of the young girls from the Smashing Pumpkins’ mega-selling album Siamese Dream is apparently now the bass player, and has never said anything about this to the band until this week. Her name is Nicole Fieorentino. 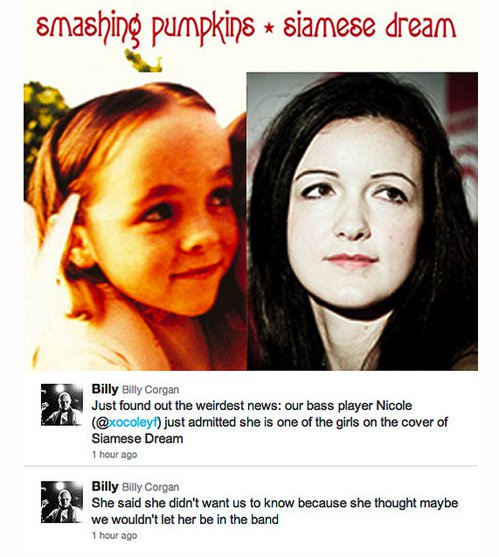