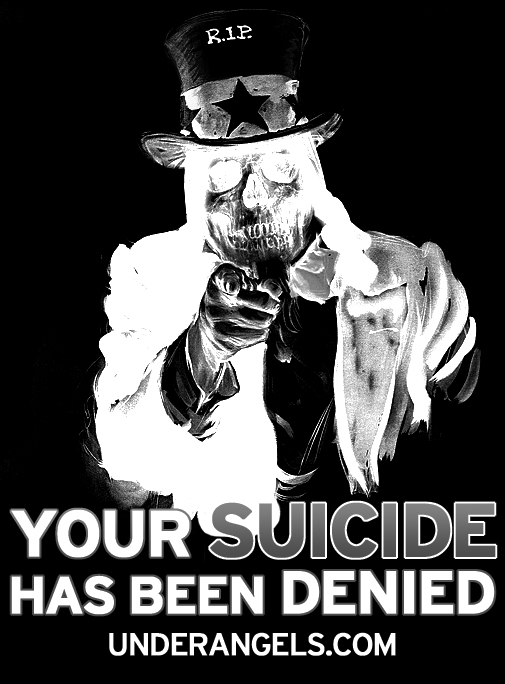 Fan of Avenged Sevenfold’s Nightmare? Check out Under Angels, a story about a dude whose suicide turns out worse than life itself. Now available for Kindle and in paperback. Check out the trailer:

Great piece. It’s got Greamer all over it. And I can’t help from noticing a certain resemblance to these two.

Also leaked is the track list. I can’t wait to hear Track 2’s ‘Welcome to the Family’; you can hear the end of Track 1’s ‘Nightmare’ building up to it:

Another one to look forward to is ‘Fiction’ (working title: ‘Death’), written by Jimmy “The Rev” Sullivan. After his death, the piece was was retitled ‘Fiction’ after his self-given nickname; he also had the tattoo FICTION down his torso from chest to belly.

“Jimmy wrote ‘Death’ on Christmas Eve. He hummed the entire melody and only left three lines of lyrics. It’s a musical masterpiece. It will make millions of people in the whole world cry … The song was the last song The Rev wrote for the album, and when he handed it in, he said, ‘That’s it; that’s the last song for this record.’ And then, three days later, he died.”