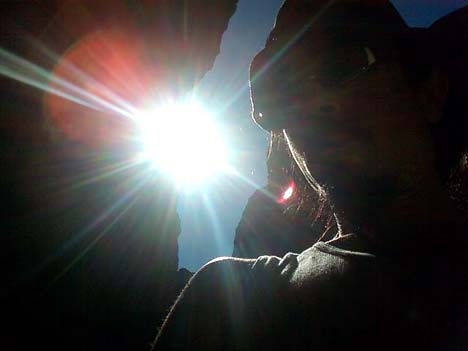 This weekend’s activities included a hike to the Grottos on the outskirts of Booneville in what I was told was Mecca Hills, California. It’s east of Palm Springs, past La Quinta, through Coachella, and beyond Indio, somewhere between nowhere and Phoenix.

After parking the rig, we humped some hills and sand dunes by way of a map. The hike included an epic view of the Salton Sea, which is the the largest lake in California at 376 square miles.

There are a few “grotto systems” in the area a few miles from the road. I think we found our way to the first system, which includes three caves situated end to end. Without flashlights, we got through the first cave and about twenty feet into the second before we started freaking out and hallucinating about fire-breathing dragons.

We’ve penciled in a return to the Grottos on our To Do list, this time with flashlights and no dogs. Local hikers informed us that you can get all the way through the three caves of the first system, which spits you out the other side of the mountain, allowing you to circle back to the car in a sort of loop. I look forward to that adventure, since, well, I was quite the spelunker in my previous life anyway. But that one’s gonna have to wait until Fall, or better yet, Winter, since I don’t think any of us are ready to revisit those badlands in 137 degree heat.

Below are some pretty lame pics from my cell phone, which was also being used as an ineffective flashlight towards the end of our tour into the darkness. 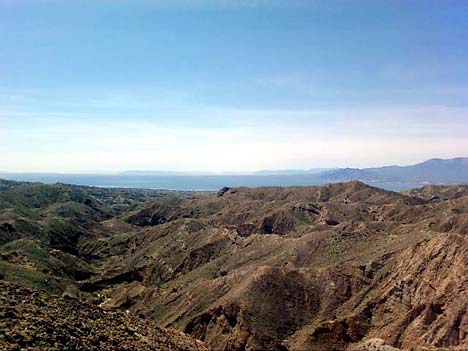 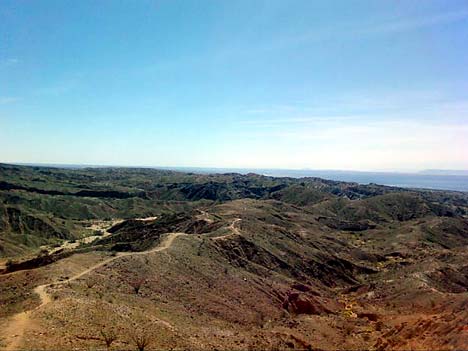 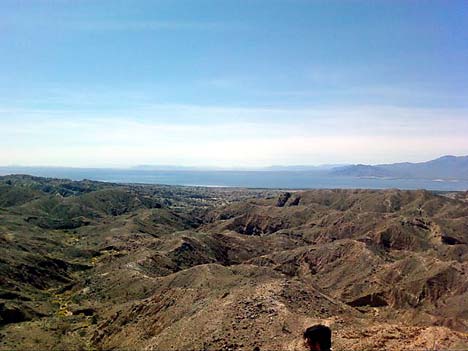 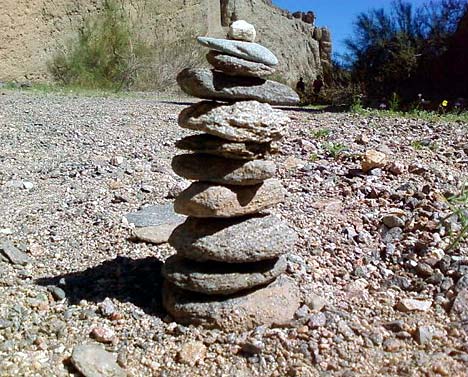 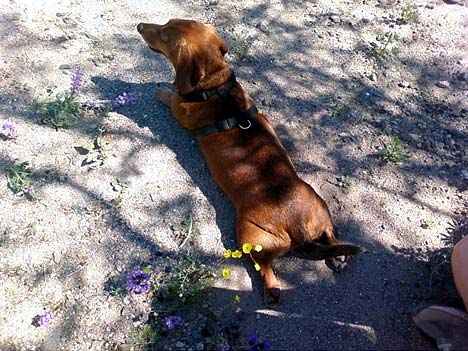 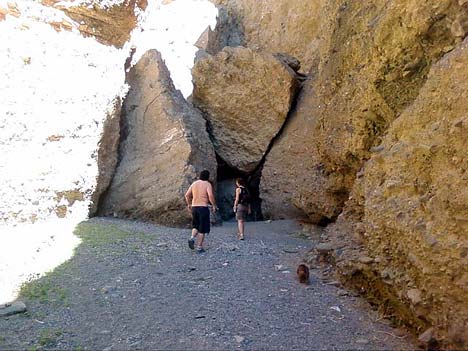 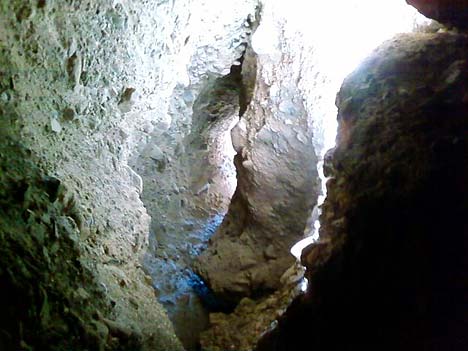 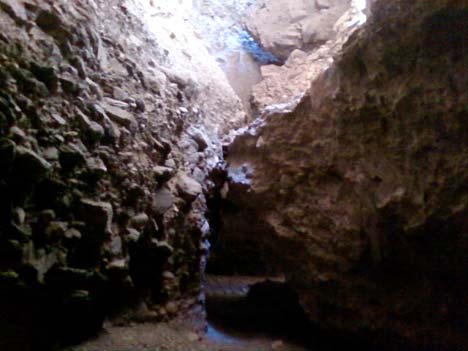 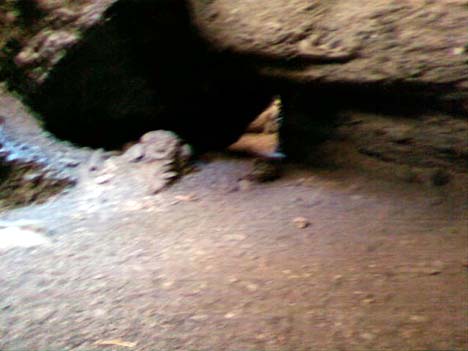 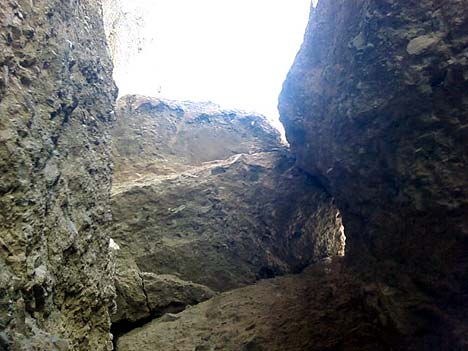 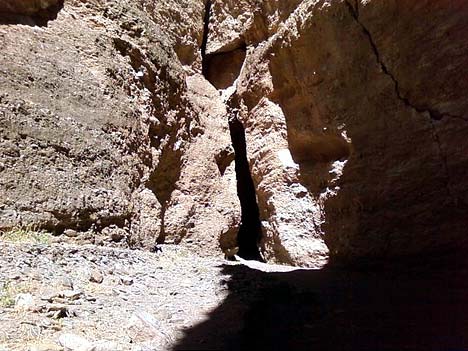 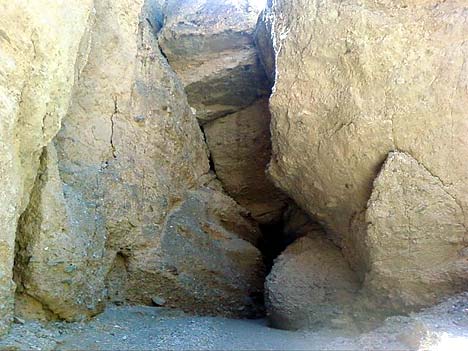 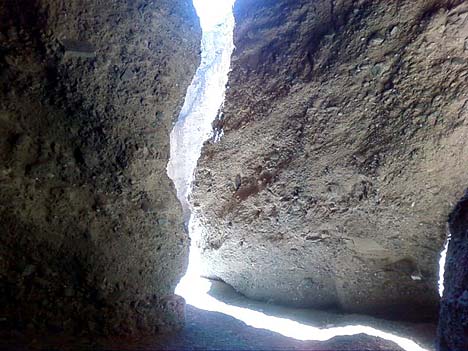 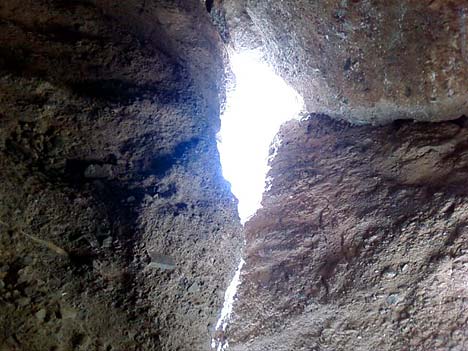 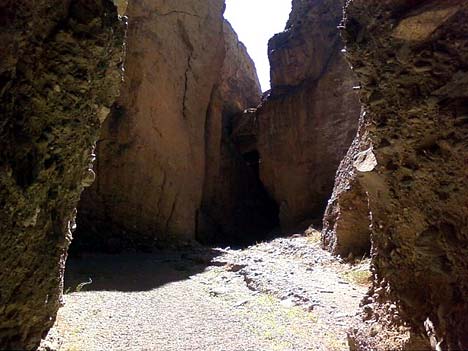 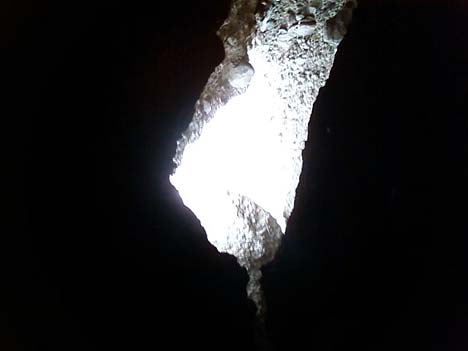 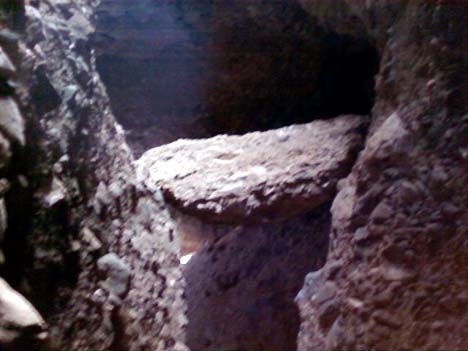