My old man commenting on a performer on Hollywood Boulevard

The first performer we saw was a gentleman dressed as Meadowlark Lemon. Queuing up his audio tape and loudly announcing to the world that “it’s showtime,” he removed his shirt and launched into his act. Talented guy. 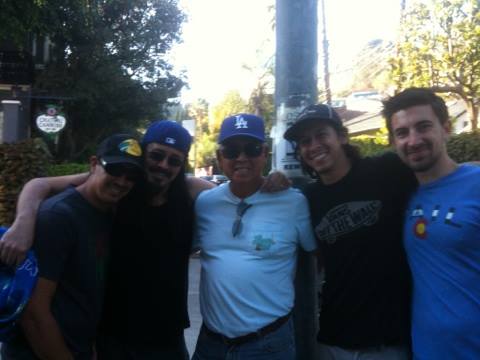