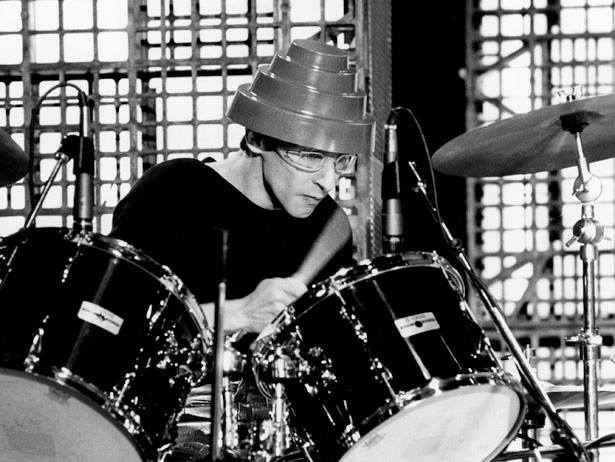 Alan Myers, known as the “human metronome”, has died of brain cancer. He played drums on the first several Devo albums — their heyday — until he left the band in 1985. VH1 has put together a nice photo gallery in tribute.

Alan played on my one of my favorite childhood albums, 1980’s Freedom of Choice. The ever-classic Whip It remains one of the most fun and endurance-challenging post-disco-four-on-the-floor drumming songs to nail at tempo. Relentless sixteenths for over two and a half minutes at 158bpm.