Happy National Puppy Day. We started it off with this:

Then, while Pierre and I were leaving for his Bowl stroll, a cute little shorkie came running up to him on the sidewalk. A grey version of Snoogus, but with no collar. Hmmm.

NOTE: The timing couldn’t have been luckier for this lost little girl. Had I and Pierre not been there at that exact moment, she’d been a goner. She was bolting down Camrose toward busy Highland, which could only have resulted in tragedy. Or theft. It was Pierre who distracted her.

Pierre hit it off with her immediately, and played a critical role in enabling me to grab her and bring her into our enclosed yard. She was clean and groomed, and obviously not a stray. But the lack of collar and tags was weird. We gave her some food and water, played with her a bit, and started planning our next move. 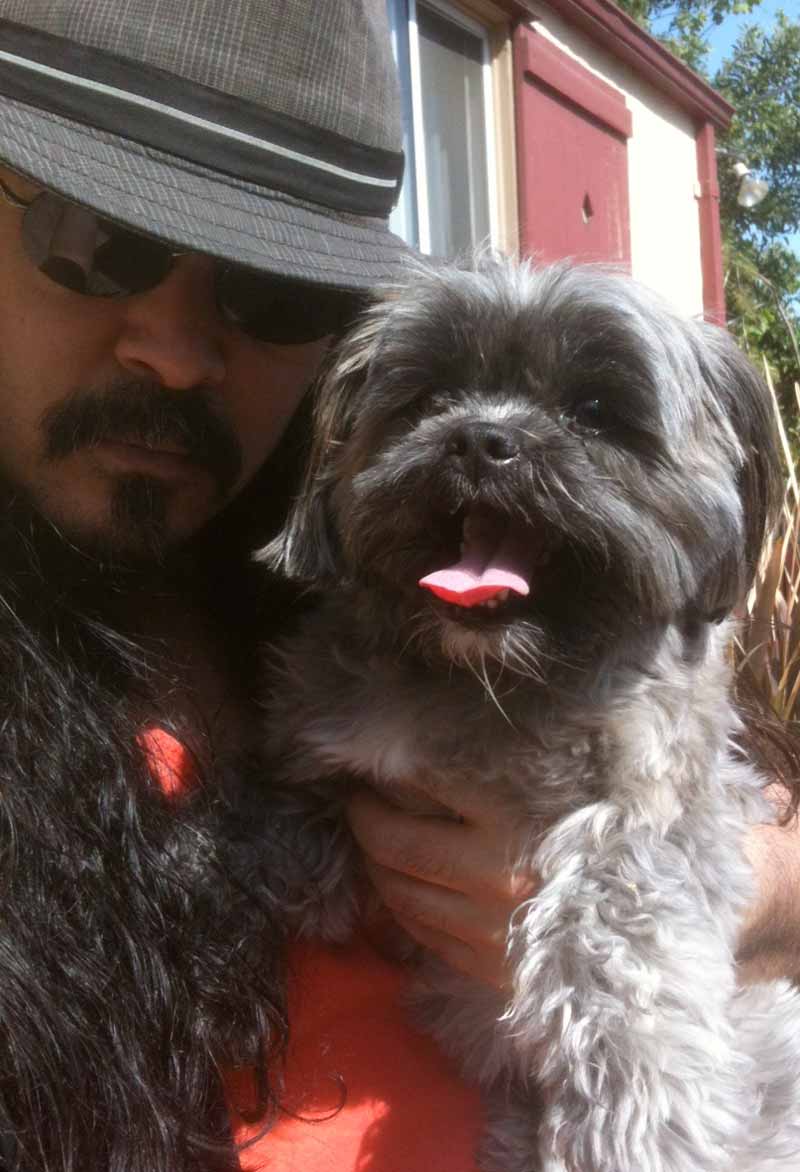 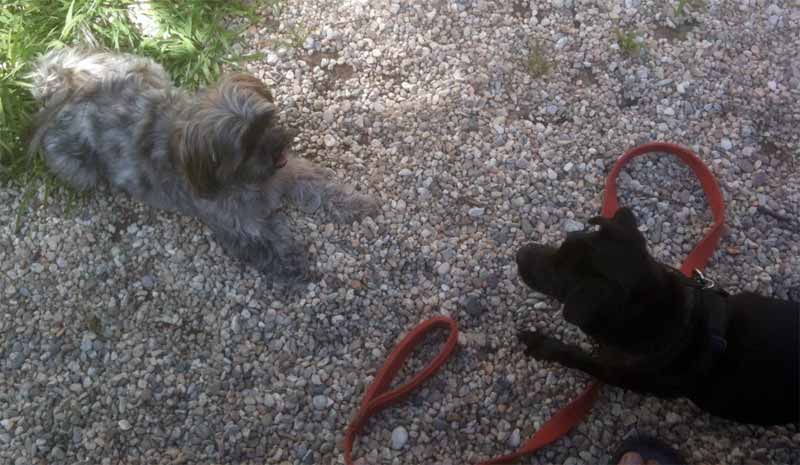 Keeping her safe in the front yard, Pierre took me on a walk through the neighborhood for an hour or so, hoping to find her frantic owner. No luck. While we did take a couple photos and gave the heads-up to a couple fellow dog-strolling neighbors, Pierre suggested it was probably about time to go draft up some quick flyers. We headed back to the house.

Word of mouth goes a long way. Within about five minutes of arriving home, one of the informed neighbors came to the house with two exhausted and very relieved women from up the hill. They’d spent the past couple tortured hours searching for their little Lola after discovering the cable guy had left the door open. 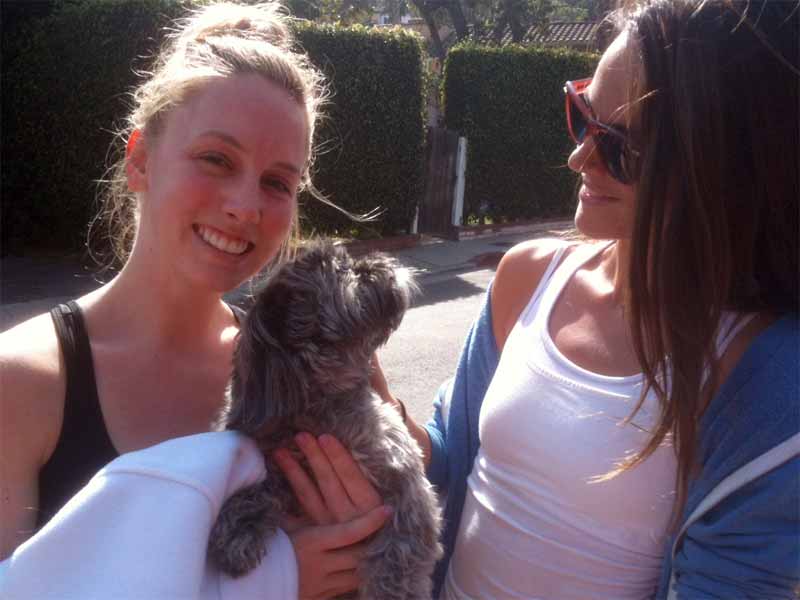 A happy ending to a happy day.

Next post: The Beach Boys shred ‘I Get Around’