Earth, Jupiter, and Venus as seen from Mars 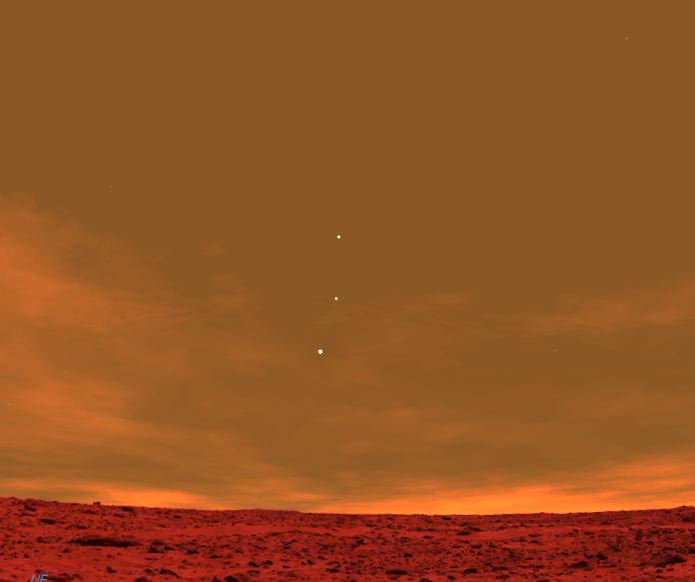 Well, maybekindasorta. It’s likely a fabricated image, as is every other “you are here” space photo. But it gives you an idea.

From the top down: Earth, Jupiter, Venus.

ROD SERLING: “Modern science examines the heavens in search of information. Data according to Dr. Warner von Brown gives us perspective on our own brief existence in the firmament.”

DR. WARNER VON BROWN: “It is important to remember that the distant stars are not only far away from us in terms of miles, but life on other planets can also be very far away from us in terms of time. The Earth is believed to be approximately five billion years old. And if you mentally condense these five billion years into one year, then the presence of Man on Earth would be about one minute out of that year. And the period that Man understood radio — and was capable of effectively communicating with heavenly bodies outside of the Earth — would only be approximately one second out of that year. So if you want to communicate with another heavenly body and its intelligent life, you’d have to reach that heavenly body also at a time when its people have invented the radio and know how to operate it, and have their receivers going, so to speak.” — Dr. Warner von Brown

ROD SERLING “But we had no receivers going even a mere fifty* years ago. We were too busy with the steam engine and the biplane.” (*1973)