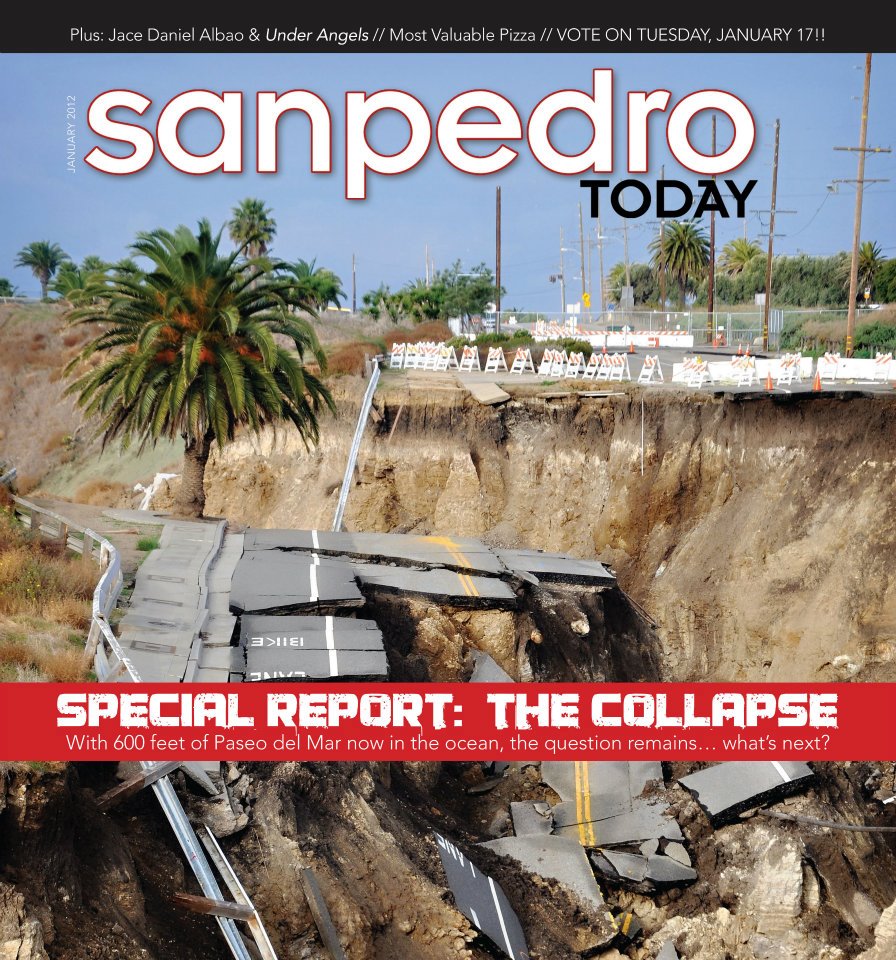 The January 2012 issue of San Pedro Today is out, with a jaw-dropping cover story on last month’s historic Paseo Del Mar collapse that occurred in our old backyard on the coast of Los Angeles. GREAMER WAS HERE.

The issue also features an interview they conducted with me about Under Angels. There is in fact a curious connection between the two; the Under Angels tale begins on a drizzly hillside just yards away from that exact bluff in 1939. Also to be notably filed under G for “Go Figure”: said doomed bluff fell on November 20, literally the day after I left town. Chicken skin. More on all this later; I’m told that the issue will be viewable online next week when the magazine launches its new site. 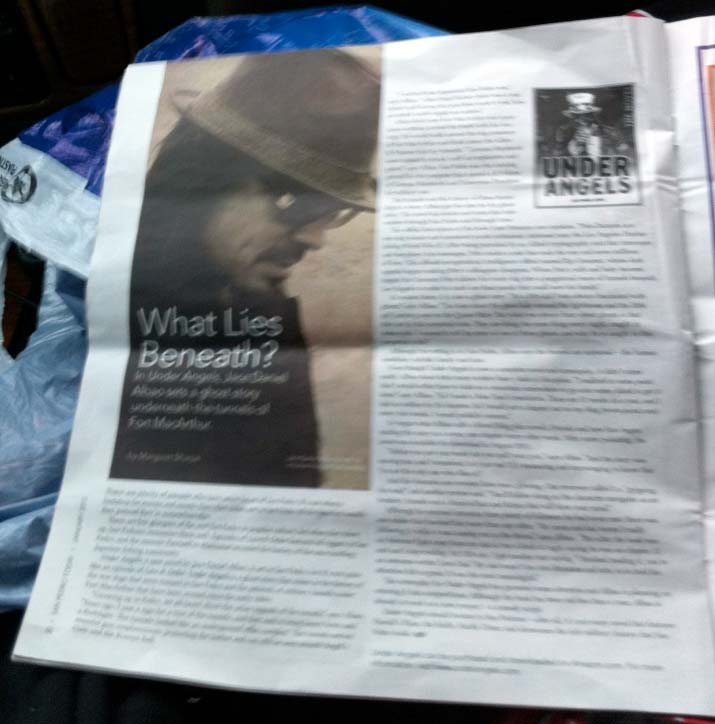