LONDON — Prince William and Kate Middleton’s plans for an intimate private wedding ceremony took a turn for the worst on Friday, sources say. 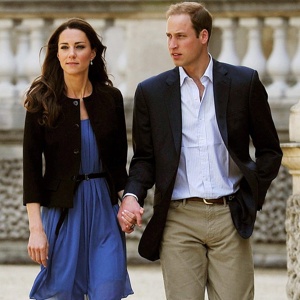 In stark contrast to the 1981 circus surrounding the marriage of William’s biological parents Prince Charles and Lady Diana Spencer, Prince William and Kate state they had intended to tie the knot in a less-traditional fashion.

“Billy had originally suggested we just sneak off and get it done in Vegas,” Kate told reporters Friday. “But I insisted we should aim for something a bit more classy. Especially because of that Duke and Duchess of Cambridge thing.”

Staying below the radar, the couple opted for a closed-door ceremony at cozy Westminster Abbey, just around the corner from Prince William’s residence. “We chose a Friday,” Middleton confessed. “We figured it would be less noticeable on a weekday, and we’d just blend unnoticed into the hustle and bustle of a typical London weekday.”

Dressed down in a low-key scarlet red tunic with blue sash, Prince William arrived to Westminster Abbey on Friday morning with his younger brother and confidante, Prince Harry of Wales. “I figured I needed to at least have somebody from the family there,” William said Friday. “After all, it’s my wedding.”

To William’s surprise, the blocks between home and the Abbey were more crowded than normal. “I thought to myself, oh no,” William said. “People were lining the streets and screaming at the top of their lungs. It was then that I knew that something was odd.”

Upon arrival, Prince William was dumbfounded to find that the off-the-grid ceremony had been crashed by thousands of people, from royalty to celebrities to everyday Londoners. Many even wore funny hats.

“I just wanted it to be a small family affair,” Prince William was reported to exclaim as he pointed to the crowd of millions. “But look. Not so bloody small now, is it? IS IT???”

Kate Middleton arrived to Westminster Abbey shortly thereafter, accompanied by a girlfriend to help her manage what had become of her dress. “I originally ordered a miniskirt,” Kate explained Friday. “Stupid bitch must have done the math wrong.”

Kate was escorted down the aisle by her father, Michael Middleton. As he gave away her hand, Prince William’s happiness was evident. “You look hot,” William said according to a lipreader. “Smokin’. Totally nectar.”

Prince William, second in the line of succession to Queen Elizabeth II, first met Catherine Middleton in 2001, whilst both were studying at St. Andrews University. The couple state that they have been engaged since October 2010, and had vowed to each other to keep it hush-hush.

It is estimated that the wedding was watched by a global television audience of billions people, not including the audiences who followed the real-time play-by-play on the Internet. How exactly the secret elopement was leaked remains up for speculation.

When asked to comment about who exactly let the cat out of the bag, Prince William revealed his own personal hunch while protecting himself from the fish n’ chips being hurled at him and his bride as they walked from the Abbey to the carriage that awaited them at the curb. “It had to be my brother,” he declared. “That little shit.”