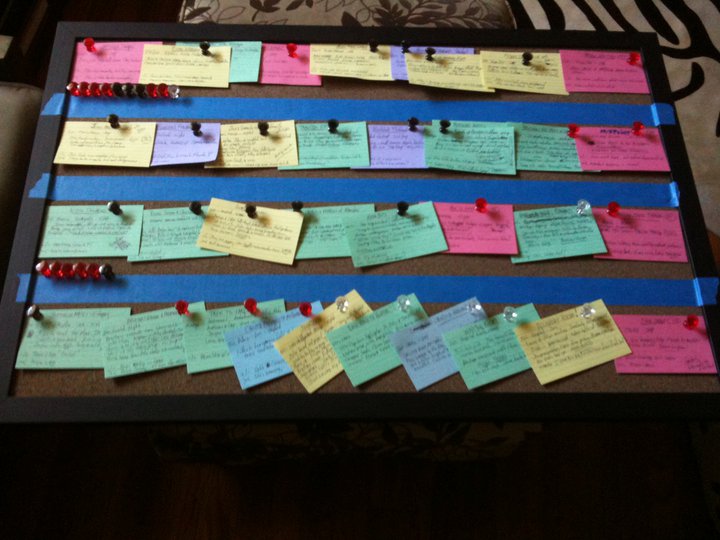 Moving on to the next level of Under Angels, here’s a look at “The Board” as of 04.17.2011, based on Blake Snyder’s story crafting system. After creating index cards for 32 scenes and each of the 15 story beats, I picked up a cork board and sectioned it off into four logical rows separated by blue tape. I then applied cards to the board. The rows are broken down as follows:

I’m a big fan of Save the Cat; it’s the best system I’ve ever seen for building solid story structure. The basic idea is that every great story contains 15 beats; in the rigid form of a screenplay, these beats fall on specific pages (minutes).

A blank version of Blake Snyder’s legendary beat sheet — now known as the “BS2” — is as follows:

For an explanation of each beat, check this out.