The other day we walked up the street from M’s crib and checked out The Freeman House on 1962 Glencoe Way, made of textile blocks, designed by Frank Lloyd Wright in 1923. 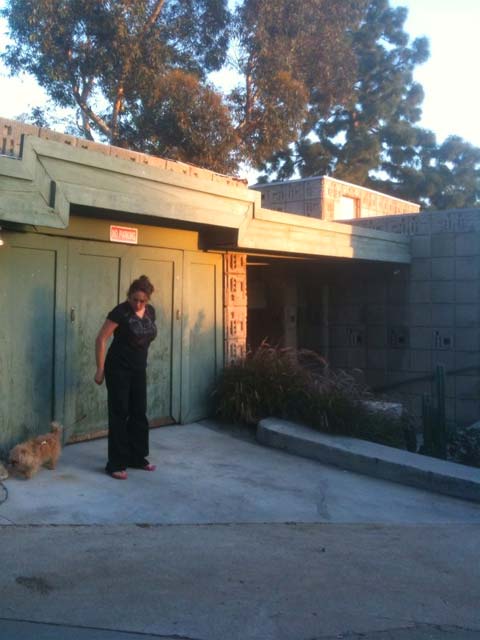 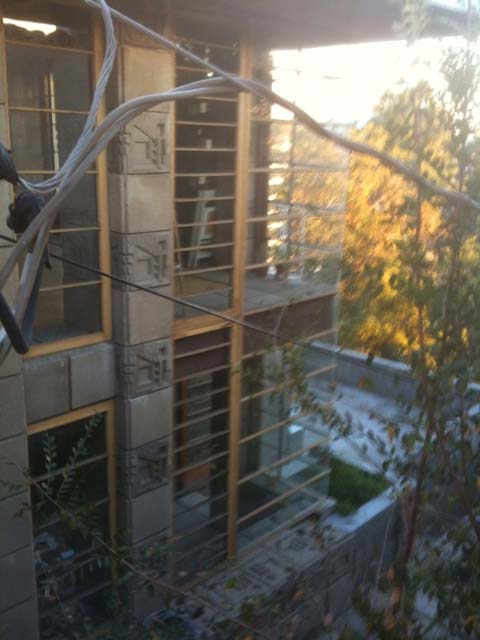 History of the Freeman House

The Samuel and Harriet Freeman House is one of the three textile-block houses designed by Frank Lloyd Wright for the Hollywood Hills in 1924. While all three homes are beautiful and dramatic, the Freeman House has been described as the clearest expression of the design rationale which underlies Wright’s development of the textile block construction system: a new technology and architectural vocabulary for the Southwest.

The Freeman House is among Wright’s most interesting and enchanting small residences; the living room has been called by several writers one of his best rooms. Placing the house in context, it marks a major transition in Wright’s work and plays a clear role in the development of modern architecture in Southern California.

The Freemans celebrated their house as one of the centers of avant-garde artistic and political activity in Los Angeles from the 1920s virtually until the 1980s. Visitors and resident guests included Edward Weston, Martha Graham, Galka Sheyer, Jean Negulesco, Richard Neutra, Xavier Cugat, and Clark Gable. Through its life as a “Salon”, encouraged by Harriet’s love of the arts, and the sub-sequent involvement of other major architects, including Rudolph Schindler and John Lautner, this architectural jewel constitutes a unique record of the cultural, social, and political history of Los Angeles.

Today, this tremendous treasure is in danger. The Northridge earthquake caused extensive damage to the structural system of the house, already vulnerable because of its unique construction system. Acid rain and smog have caused deterioration of the porous concrete block. Deferred maintenance and some expedient alterations have also exacted a price.

Restoration efforts for the Freeman House have been under way for a number of years. The National Endowment for the Arts provided a grant to initiate research and documentation. Domino Pizza provided a matching grant for emergency repairs. The Getty Preservation Grants program awarded one of its first three grants to the Freeman House to assist with the preparation of the Historic Structures Report. Steelcase matched the Getty grant with funds which were used to commence architectural drawings, materials testing, and shoring. The Graham Foundation and Andy Warhol Foundation have also contributed to research and repairs. And memberships in the Restoration Associates, tours and block sales have raised additional funds which are used to operate the house and for further architectural work and repairs.

Today, we are in the midst of negotiations with the Federal Emergency Management Agency for funds to repair the earthquake damage at the Freeman House. Additional funds will be required to match the FEMA monies, and to repair non-seismic items.

More photos of the Samuel Freeman House below, snagged from here. 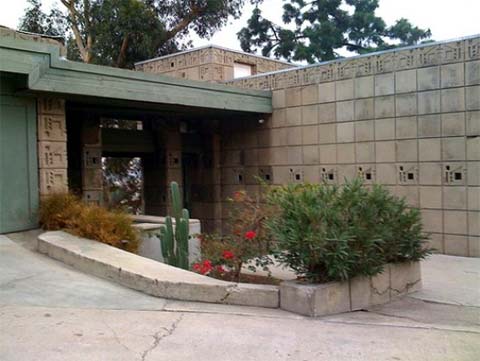 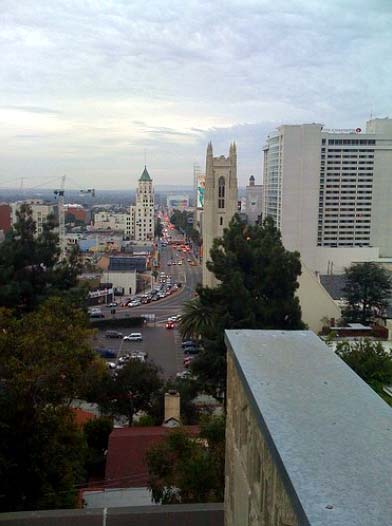 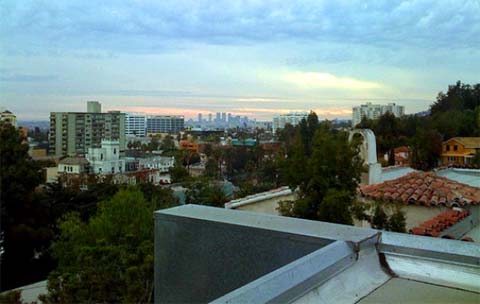 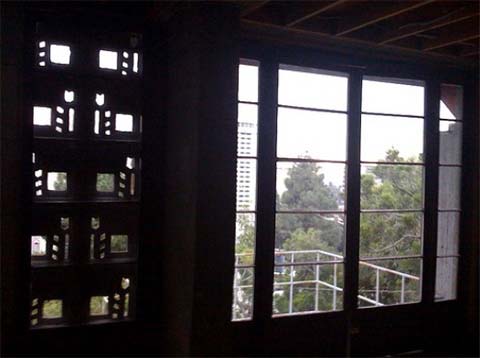 Next post: Avenged Sevenfold to enter the studio with Mike Portnoy

Previous post: The best awkward conversation between two strangers in an elevator ever