So as part of the remodel and purge, I finally decided to get the audio party started yesterday, pulling the trigger on the surround sound home theater system thing. Whoah. My world has changed. A couple of the boys came over last night and we tested it out with a Zeppelin DVD remastered in Channel Surround 5.1. Been a long time since I did that stroll.

Part of this home audio chore included the decision to convert the closet under the soffit into what I’ll be calling the Media Closet. Everything’s going in there: receiver, DVD player, cable box, remotes, computer(s), black lights, lava lamps, knick-knacks, paraphernalia, pictures of me and you, etc. I already had the left and right rear speakers pre-wired into the soffit ceiling, but this Media Closet decision required some subterranean tasks. With my buddy Roy up in the house taking care of things above the floor, I geared up once again in my Devo jumpsuit with a beanie and flashlight, crawling under the house to run audio and component cables from the Media Closet to the far wall of the house where the TV and front speakers will be.

With all of the components now away in the closet and out of site, it’s stunning to notice how much subliminal energy they added to a room. Noise. And their absence is glaring. Something as seemingly trivial as an audio cable, or a remote, or even the digital display of a cable box is in reality just visual clutter 99% of the time. Getting it all out of sight, centralized in the Media Closet, makes the place look and feel like it had a much needed enema. Love it.

Next comes shelving for the Media Closet, followed by some decisions about iTunes hardware solutions. I’ll be diving into semi-hardcore gearheadedness for the first time in about a decade, and am looking forward to it. I always enjoyed that world, and technology has progressed so fast over the years that it’s gonna be a blast to start playing with some new toys.

A blessing in disguise presented itself to me during our work yesterday. Roy leaned his knee down on the coffee table, which Naylor once truthfully described as a “prehistoric ping-pong table for Aztec midgets”, and broke its iron leg. It’s the best thing that could’ve ever happened to that thing. We pulled it from the room, replacing it with a small table for the TV, and the whole place has opened up. I plan to use the wood from the table as the starting point for a piece of art.

Going under the house is always an experience, especially when we’ve got rain slamming the neighborhood horizontally. It was probably the worst possible time to go down there. But it was go time, and we got it done. It’s not a picnic for the claustrophobic; nothing but elbows and slither in the full army crawl. Below are few pics I snapped while down there. Just because. 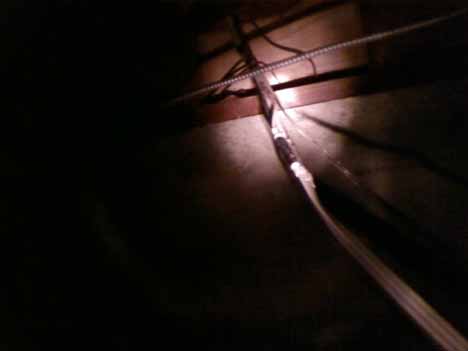 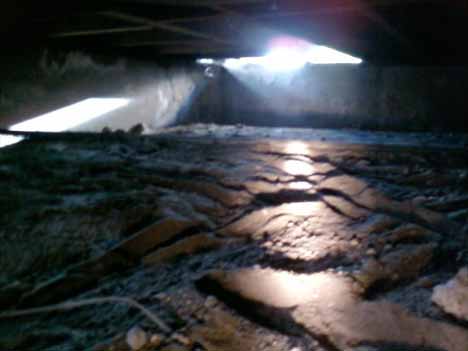 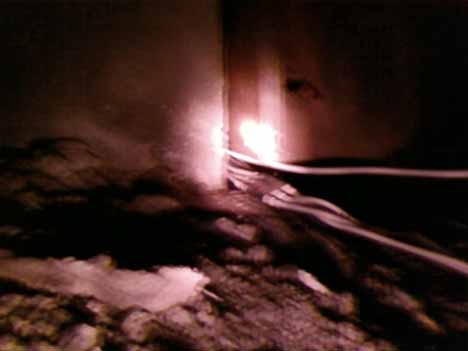 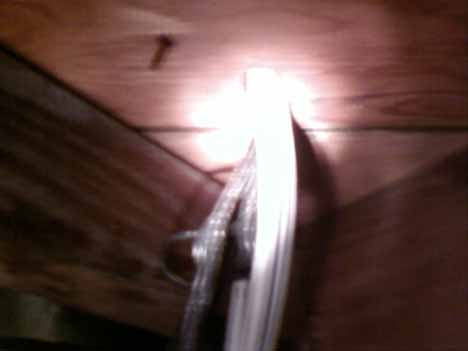 Next post: It was so interesting that I couldn’t stop reading it.