One of the best illusions I’ve ever seen! This photograph was taken in Neuchatel, Switzerland. You’d initially think someone has taken a red pencil and drawn a few lines on the picture print, or painted over it digitally on a computer. In reality, the orange lines are painted on the buildings. The illusion works from only one specific viewpoint in three-dimensional space, which is where the camera is.

More photos taken from different angles below. Click ’em for a closer look. 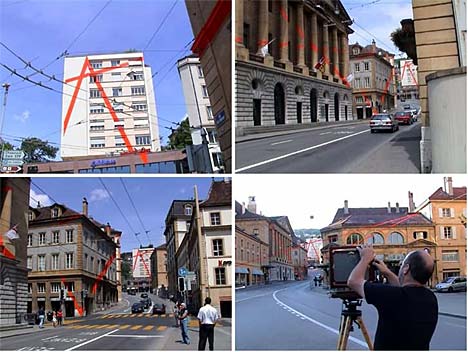