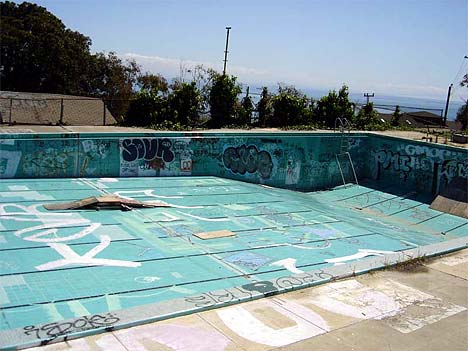 The “Hey Rookie” Pool as it looks today, originally named after the ’40s show with the same name. As the show eventually drifted out of social memory, it became known as the “Gaffey Street Pool”.

Much is being done to restore this classic relic of mid-20th century modernism, which is an example of the Art Moderne style of the 1930s. The Fort MacArthur Museum is recommending that it be listed on the National Register of Historic Places.