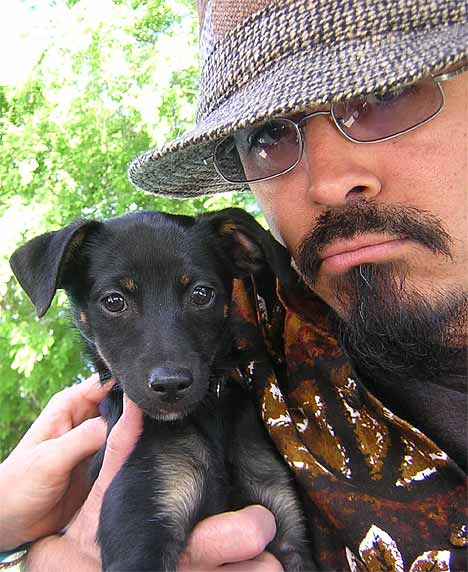 Meet the mellow Meloh, a combo of Chihuahua, Pomeranian, and Jack Russell Terrier.

He’s really mellow. Most of the time.

>> Watch a clip of Meloh playing with Marlee

Next post: On Why the Sundance Film Festival is an Unwinnable Situation