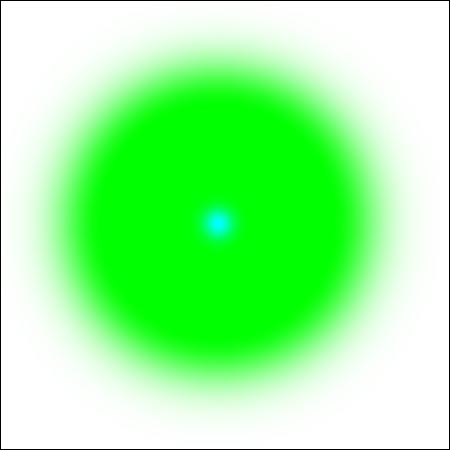 Stare at the cyan (aquamarine) dot in the middle of the picture. The cyan dot will shrink slowly and then disappear completely. This is likely due to the fact that cyan is adjacent to green on the color wheel. As the color receptors in your eyes fatigue, the line between the cyan dot and the surrounding green becomes washed out.

As an analogy, consider a situation where you’re in a room with two radios tuned to different stations. You’re hearing both stations at the same time, which is a chaotic experience. After a while, you’re mind finds rest by tuning one of the stations out until you’re essentially only hearing one station.