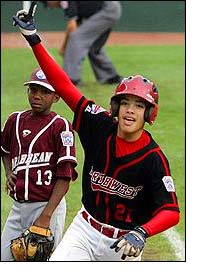 High fives to our boys from Ewa Beach on West Oahu, Hawaii, who — representing the U.S.A. — won the World Championship in a remarkable come-from-behind fashion. Down 6-3 in the 6th and final inning of the Championship game against the reigning champs for Curacao in the Caribbean’s Dominican Republic, the Hawaiian team tied the game 6-6, sending the game into extra innings. Catcher and fifth batter Michael Memea — who had been underachieving offensively all week — hammered one over the centerfield wall to give Hawaii a 7-6 win, the first game-ending home run in a Little League championship game.

West Oahu went undefeated in Williamsport this year, with a total record of 6-0. I watched the first three games with my uncle this week while I was back there; the games aired at 9:00am Hawaiian time. The West Oahu team completely pounded their opposition, winning by large margins, having multiple back-to-back homeruns, multiple double plays, and great pitching. Their batting lineup was its own Murderer’s Row; there are no less than four boys that were hitting the ball out of the park, and the team had a tournament-leading 10 home runs. They’ve got four guys that can throw gas for strikes; Vonn Fe’ao was throwing the ball almost off the charts at 78mph, which is calculated to be the equivalent of 100mph from the MLB distance. *Little League mounds are 45 feet from home plate, whereas the MLB mounds are 60 feet away.

Congratulations to the West Oahu players on a job well done and an unforgettable childhood experience that most of us have only dreamt about. You made Hawaii and the U.S.A. very proud today. 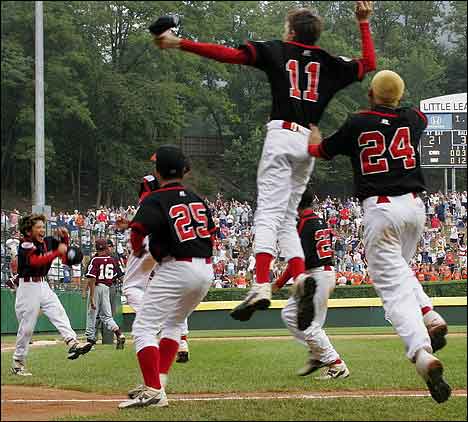 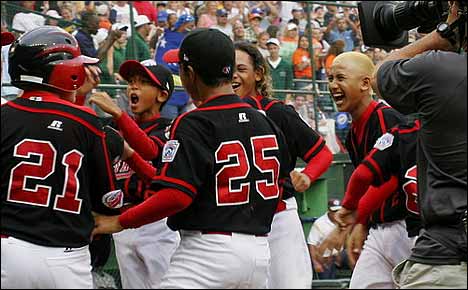 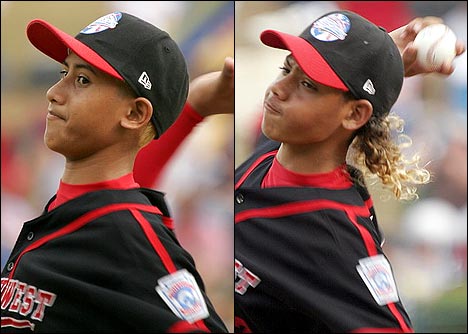