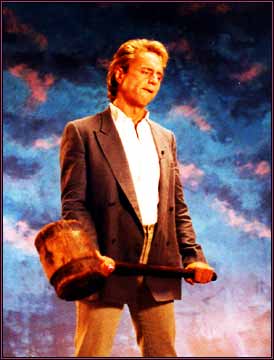 Doing some spring cleaning. Came across a Denon amp/receiver and cassette tape deck, both of which I purchased with a pair of floor-standing wood-cased Infinity speakers just before college. I paid 800 bucks out the door from an electronics store called “The Federated Group” in Southern California.

This small chain of stores launched a strategic television advertising campaign in the 80s, which had Shadoe Stevens playing a lunatic named Fred Rated. Using an endless collection of sledge hammers, chainsaws, and small wrecking balls, Fred would have his way with televisions, stereos, and VCRs in order to illustrate how The Federated Group utterly destroys the competition.

Anyway, I have no idea where and why I will ever use this Denon cassette tape deck again.